Top 10 Most Ethical Companies in the World

A truly ethical business, in general, will not destroy the environment, exploit its labor by paying low wages, employing children, or producing toxic or unsafe products.

To identify ethical investments, two sets of criteria were created: one positive and one negative.

The study of proper business rules and procedures on potentially contentious matters such as corporate governance, insider trading, bribery, discrimination, corporate social responsibility, and fiduciary responsibilities is referred to as business ethics. Business ethics are frequently guided by the law, but they can also serve as a fundamental guideline that businesses might choose to follow in order to earn public favour.

When it comes to arguably contentious topics, business ethics refers to the implementation of proper company policies and practises.

Corporate governance, insider trading, bribery, discrimination, social responsibility, and fiduciary responsibilities are some of the topics that come up in discussions of ethics.

The law usually sets the tone for corporate ethics, giving businesses a fundamental guideline to follow in order to earn public approval.

Infosys, a global leader in next-generation digital services and consulting, was just named one of the world’s most ethical firms for 2021 by Ethisphere Institute, the global pioneer in defining and developing the norms of ethical business practises.

Infosys was known for its unwavering commitment to integrity and value-based decision-making. Through this coveted recognition, Infosys has become one of only four honorees in the Software & Services Industry globally, and one of the only three honorees in India.

Consumers and various types of market participants have a fundamental level of trust in businesses, thanks to business ethics. A portfolio manager, for example, must evaluate the portfolios of family members and small individual investors in the same way. These measures ensure that the general population is treated fairly.

The notion of business ethics emerged in the 1960s, when businesses became more cognizant of a growing consumer-based culture that was concerned about environmental issues, social causes, and corporate responsibility. The decade was marked by a greater emphasis on “social issues.” 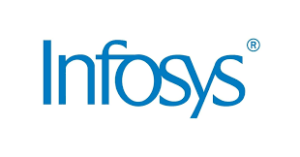 Infosys demonstrated a strong link between ethical business practises and strong market performance. Infosys was also recognised for its achievements in the areas of ethics and compliance, diversity, governance, and social activities.

“We are incredibly thrilled to earn this prestigious accolade from the Ethisphere Institute,” stated Salil Parekh, Chief Executive Officer and Managing Director of Infosys. Our sustained success is built on flawless execution with integrity and compliance, and we think that an integrity-based approach has a significant impact on corporate success. The essential values of Infosys have served as the cornerstone for our long-term success. This recognition motivates us to maintain our commitment to high ethical standards and transparency, particularly in these unique times.” 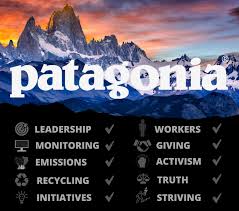 Patagonia is well-known among outdoor enthusiasts (or simply those who enjoy being warm). But did you know Patagonia is a pioneer in the impact space and has been for a long time? Patagonia has long been a staunch supporter of environmental activism at the grassroots level. In fact, they recently announced that $20,000,000 has been contributed to Patagonia Action Works by customers!

Patagonia donates 1% of all purchases to environmental groups across the world. Their company is known as “The Activist Company” since they have direct calls to action on their website. Patagonia has a fantastic blog that shows some of the most important environmental activities in some of the most beautiful places on the planet, in addition to serving as a call to action.

Patagonia donates 1% of all purchases to environmental groups across the world. Their company is known as “The Activist Company” since they have direct calls to action on their website. Patagonia has a fantastic blog that shows some of the most important environmental activities in some of the most beautiful places on the planet, in addition to serving as a call to action.

Patagonia is also a founding member of the Fair Labor Association and uses sustainable or recycled materials in all of their products. 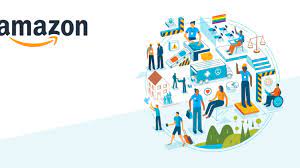 According to Amazon’s ethics code, they strive to create a secure and healthy workplace free of harassment and risk, as well as the freedom for their employees to carry out their jobs without interference. Furthermore, their policy emphasises that any behaviour that is not in the best interests of their employees or consumers is strictly discouraged.

Continue reading for more valuable statistics, suggestions, and information about Amazon’s ethics department, including whether they follow their Ethics Code of Conduct, if they’re truly an ethical firm, and more.

Amazon is well-known for its unethical environmental practises. Amazon’s sustainability reports frequently leave out the environmental impact of a number of its products and textiles, indicating that the firm is unaware of its major affects.

Furthermore, Amazon is infamous for permitting furs and other animal materials generated through animal cruelty procedures to be sold on its platform.

As a result, while Amazon has made gains in its participation in certain ethical causes, it’s plausible to conclude that the corporation still has some internal ethical difficulties to tackle. 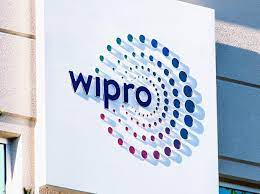 “Over the last 12 years, we’ve seen that companies that prioritise openness and authenticity are rewarded with the trust of their employees, customers, and investors,” said Timothy Erblich, CEO of Ethisphere.

“While unfavourable news may garner attention, businesses that uphold the rule of law and conduct themselves with decency and fairness around the world will always flourish in the long term,” Erblich added.

We are honoured to be ranked among the World’s Most Ethical Companies for the fifth year in a row “Michael Dell, Chairman and CEO of Dell Technologies, made the following statement.

“At Dell, we value integrity and honesty. “We work hard to earn our customers’ trust, build our communities, and inspire our employees by making solid, ethical decisions “Added he.

On March 13, the institute will host an event in New York to honour the companies, with PepsiCo Chairperson and CEO Indra Nooyi set to deliver the keynote presentation.

3M had total sales of $32.2 billion in 2020 and was ranked 96th on the Fortune 500 ranking of the largest US corporations by total revenue.

Headquartered in Michigan, USA. Ethics: Farmers are supported, food loss and waste are reduced, and low-impact packaging is used.
Cereal, crackers, and pastries are some of the products that the company is known for.

The Battle Creek, Michigan-based convenience foods behemoth continues to set ethical standards for others to follow.

With 76 percent of its packaging recycled globally, Kellogg has one of the least plastic packaging footprints among paper food companies. By 2025, they want to be using 100 percent sustainable packaging.

Kellogg is decreasing food loss and organic waste throughout its value chain to ensure that as much food as possible is used to nourish people.

Boden has captured not only the British Isles, but also the hearts and minds of its customers, who cherish the company’s dedication to responsible sourcing, fair trade, and ethical methods in all of its factories across the world.

Although this ethical company produces everything from men’s chinos to children’s apparel, its women’s outfits for all occasions are its most well-known product.

This year, IBM is commemorating 30 years of strong environmental policies within the company, as well as a long history of engagement with the communities in which it operates.

IBM was one of the first corporations to issue corporate environmental reports and is a founding participant of the EPA’s Energy Star programme.
The corporation expects its first-tier suppliers to develop their own processes for setting quantifiable waste, energy, and greenhouse gas emission objectives and making the findings public.

Clean energy, a low-carbon economy, and human rights are all ethical considerations.
Insurance and asset management are two of the company’s most well-known services.

Allianz’s fundamental business as an insurance and investment is environmental protection. The Group achieved carbon neutrality in 2012 as a result of its commitment to a low-carbon economy and a climate change strategy.

The company gets over 49% of its electricity from renewable sources, with a target of reaching 100% by 2023.