In the world of smartphones, we’ve arrived at a stage where spending ridiculous amounts of money to acquire some very great features in phones is no longer necessary. Even in the mainstream, if you know where to search, you can discover some good discounts.

If you have a budget of roughly Rs. 20,000, you will be able to choose from a wide range of nice smartphones. The in-display fingerprint sensor was all the rage in flagship phones just a year ago, and now you can get one in a phone for around Rs. 20,000. Not only that, but with to fierce competition and recent price decreases, you can now purchase a phone with a Qualcomm SoC from 2018 for this amount.

All of our recommendations have distinct advantages, such as triple cameras, the appeal of stock Android, bezel-less displays, and even raw power or one of the greatest SoCs available, so you may choose the one that best meets your needs.

Here are the top phones under Rs. 20,000 available in India right now. 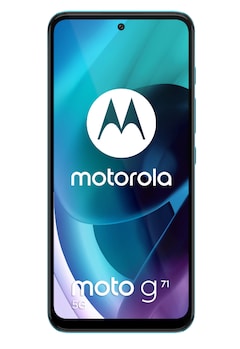 The Moto G71 5G has a 6.4-inch hole-punch AMOLED display. When used outside, the display had decent viewing angles and was bright enough. The weight of the phone has been kept to a minimum, and the phone’s tiny size make it easy to operate. It has a fingerprint scanner on the back, whereas most of its competitors have a fingerprint scanner on the side.

The Qualcomm Snapdragon 695 SoC is combined with 6GB of RAM and 128GB of storage in the Moto G71 5G. It also allows you to use around 1.5GB of storage as a backup.

The phone performed admirably and would appeal to both casual and heavy users. The 5,000mAh battery also provided excellent battery life, easily lasting more than a day of operation. In addition, Motorola included a 33W charger in the box.

A 50-megapixel primary camera, an 8-megapixel ultrawide angle camera, and a macro camera are included in the Moto G71 5G’s triple camera configuration. During the day, the phone’s primary and ultra-wide-angle cameras produced good results. Closeups, selfies, and portraits came out well. The camera’s performance in low light was average, and the Night mode was aggressive. 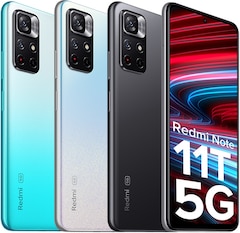 The Vivo T1 is the company’s first smartphone. It is aimed at Gen Z buyers who are looking for high-quality features at a reasonable price. The Vivo T1 5G has a 6.58-inch full-HD+ display with a refresh rate of 120Hz and is protected by panda glass. It does, however, have an out-of-date dewdrop notch.

The Qualcomm Snapdragon 695 SoC powers the Vivo T1, which comes with 4GB RAM, 6GB RAM, and 8GB RAM versions. All of these models include 128GB of storage. You can also use a microSD card to extend capacity even further.

Vivo’s Funtouch OS skin is applied on Android 12 on the phone. It also comes preloaded with a few bloatware apps. The Vivo T1 5G sports a 5,000mAh battery that lasts a long time. It offers 18W rapid charging capability, which is slower than the competitors.

A 50-megapixel primary camera, a 2-megapixel depth camera, and a 2-megapixel macro camera comprised the T1 5G’s triple camera system. Photos taken in natural light were excellent, and close-up photographs taken in bright light were also excellent. The camera’s low-light performance was only average, and the video was not stabilised.

The Realme 8s 5G resembles the Realme 8 5G in appearance. It features a 6.5-inch display with small side bezels but a significantly thicker chin. The Realme 8s 5G has a fingerprint scanner on the side. The triple camera module on the Realme 8s 5G protrudes enough to cause the smartphone to rock when placed on a table.

The MediaTek Dimensity 810 5G chipset is at the heart of the Realme 8s 5G, and it’s paired with either 6GB or 8GB of RAM. Both models come with 128GB of storage, which can be expanded via a dedicated microSD card slot.

Realme also offers a Virtual RAM option that allows you to use up to 5GB of storage space to increase RAM. In the box, you’ll find a 5,000mAh battery and a 33W charger. The Realme 8s 5G’s battery life was excellent, and it easily lasted more than a day. The 5,000mAh battery was charged to 94 percent in an hour using the included 33W Dart Charger.

With a 64-megapixel primary camera with an f/1.8 aperture, a 2-megapixel B&W portrait camera, and a 2-megapixel macro camera, the Realme 8s 5G boasts a triple camera configuration. It took nice pictures in daylight, but the lack of an ultra-wide angle camera limits its versatility compared to some of the competition. The camera’s low-light performance was decent, though Night mode made a difference.

The Motorola Edge 20 Fusion has a 6.7-inch OLED display with a refresh rate of 90Hz and a camera hole punch in the middle. It sports a fingerprint scanner on the side, a dedicated Google Assistant button, and an IP52 rating. At the back, there’s a triple camera module that protrudes quite a little.

The MediaTek Dimensity 800U processor is at the heart of the Motorola Edge 20 Fusion, and it’s paired with either 6GB or 8GB of RAM. Both models come with 128GB of storage. The Edge 20 Fusion comes with Android 11 and Motorola’s thinly skinned MyUX interface on top. The user interface looks and feels like pure Android.

The Infinix Note 10 Pro stands out from the competition thanks to its large 6.95-inch 90Hz display and dual speakers. The phone is physically larger than some of its competitors due to the enormous display. Infinix has chosen the MediaTek Helio G95 processor, which is a competent SoC designed specifically for gaming. It is only available with 8GB of RAM and 256GB of storage, but it is a decent gaming gadget.

The Note 10 Pro runs XOS 7.6 on top of Android 11 and comes preloaded with a number of apps. On top of that, Infinix has included capabilities such as the ability to play a video in the background.

A 64-megapixel primary camera, an 8-megapixel ultra-wide angle camera, a 2-megapixel macro camera, and a 2-megapixel black and white camera make up the Note 10 Pro’s quad-camera configuration. The camera’s performance in daylight was good, but it was just average in low light. The 5,000mAh battery on the Infinix Note 10 Pro provides adequate battery life and speedy charging owing to the included 33W charger.

Specifications of the Infinix Note 10 Pro