Top Start-up News for The Week It has been another big week for start-ups in the country as they scramble to complete the first half of the year on a high.

It has been another big week for start-ups in the country as they scramble to complete the first half of the year on a high. 27 different start-up companies were able to pen deals to receive funding amounting to a massive $ 800 million USD. This is a much bigger improvement compared to the previous week where just over $ 650 million USD was injected in to various start-up companies. 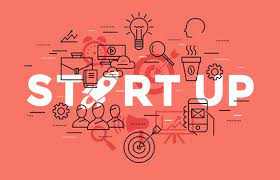 The biggest news for the week was Stashfin, a fintech company received investments adding up to a colossal $ 270 million USD which took up a fourth of the weeks funding.

CredAvenue which is platform for finance rebranded themselves and now goes by Yubi.

Another big update for the week was Ola’s subsidiary, Ola Cars ceased operations for their Ola Cars and to convert all of that man power and tech into their EV sister company.

After founder and CEO of Unacademy, Mr. Gaurav Manju said that the ed tech industry is well and truly still alive and will grow a lot, it was reported that the loss for his company increase to Rs. 1474 crores for the fiscal year that ended in 2022.

Vedantu which is another player in the ed tech industry in the country reported that their loss increased to Rs. 604.28 for the very same fiscal year.

The board of food delivery application, Zomato, also approved the acquisition of grocery delivering app Blinkit in a deal that is set to go up to $ 4,447 crores. Blinkit also became unicorn sometime this year.

This week also saw Pine Labs, acquiring another player in the fintech industry, Setu, in a deal that is worth around $ 70-75 million USD.

Mamaearth, a personal care products manufacturer and seller also came out to say that they plan to go public and raise around $ 3 billion USD in their initial public offering sometime next year. However, they plan to file their papers sometime at the end of the year.

Indian start-up companies have let go of close too 11,000 employees for the year as they crossed the 10,000 mark this week amid a lack of funding in a so called funding winter.

Giva, a silver and jewellery designer and seller that is primarily targeted for the youth closed their round of funding for an undisclosed amount this week.

It looks like it has been a good week for start-ups in the country and one can hope that it can improve in the coming weeks.