Twitter Files shed light on the hidden practices of Twitter, read to know more! A team of executives called the Strategic Response Team - Global Escalation Team, handles up to 200 cases a day and decides whether to restrict the reach of certain users.

With the installment of Elon’s second “Twitter Files” which shed light on the hidden practices of the company, the employees created a blacklist that will actively limit access to the some accounts.

“A new #TwitterFiles investigation reveals that teams of Twitter employees build blacklists, prevent disfavored tweets from trending, and actively limit the visibility of entire accounts or even trending topics–all in secret, without informing users,” said the editor of The Free Press Bari Weiss, in a series of tweets.

“Twitter once had a mission to give everyone the power to create and share ideas and information instantly, without barriers. Along the way, barriers nevertheless were erected,” she added

Weiss said that the Twitter executives used a powerful tool like “Visibility Filtering or VF” to block searches of individual users and to limit the scope of a particular tweet’s discoverability after the previous management team denied reports of their misbehavior.

Visibility Filtering or VF refers to Twitter’s command over user visibility. According to Weiss, “It used VF to block searches of individual users; to limit the scope of a particular tweet’s discoverability; to block select users’ posts from ever appearing on the trending page, and from inclusion in hashtag searches.” 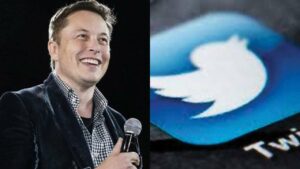 A team of executives called the Strategic Response Team – Global Escalation Team, handles up to 200 cases a day and decides whether to restrict the reach of certain users.

“But there existed a level beyond official ticketing, beyond the rank-and-file moderators following the company’s policy on paper. That is the Site Integrity Policy, Policy Escalation Support, known as SIP-PES,” she added.

People included in the group:

Head of Legal, Policy, and Trust Vijaya Gadde, the Global Head of Trust and Safety Yoel Roth, subsequent CEOs Jack Dorsey and Parag Agrawal, and others.

“This is where the biggest, most politically sensitive decisions got made. Think high follower account, controversial, another Twitter employee told us. For these there would be no ticket or anything,” she said.

The files claimed that the earlier management team of the platform took certain steps to suppress reporting on Hunter Biden’s laptop ahead of the 2020 US Presidential Election.

According to the Twitter Files made known by Taibbi, Twitter deputy general counsel James Baker played a part in the conversation about whether the laptop gossip fell under Twitter’s “hacked materials” guideline.