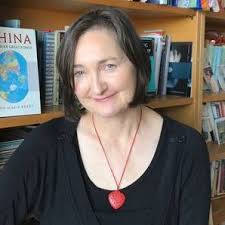 Tweets That Would Have Made China Frown?

The tweet made by Professor Anne-Marie Brady, who is a faculty member at the University of Canterbury, reads, “Seems like @Twitter may have briefly forgotten they don’t work for Xi Jinping.” Prof. Brady happens to be an expert on China, and has often taken to social media to express her dissatisfaction with the Communist Party-led government.

However, the reason her account was restricted because of two related tweets that she posted last week. At first, her tweets were marked as “unavailable”, meaning that anyone who went searching for them would not be able to view them. Subsequently, her account too, was restricted for the weekend.

What’s even funnier (not) is that Twitter had the audacity to send Prof. Brady a “Welcome Back” message on Monday, even it had been Twitter that had restricted the account owned by her, in the first place. She posted another tweet about this, throwing shade at the platform by saying, “as if I was the one who left th.”

She then proceeded to share screenshots of her original posts, which had invited the ban.

The first of the two tweets had suggested an alternative title to a news coverage about the 100th anniversary of the Chinese Communist Party. The suggested title had been “Xi: It’s my Party and I’ll cry if I want to.” This would explain why her account was restricted, as the tweet clearly seems to be something that would not have sat well with the government in China.

Nevertheless, this incident has brought a number of people up in support of Prof. Brady, who are calling out the platform for its voice-suppressive practices.

For starters, The Times columnist Edward Lucas has defended her by writing a whole article in the newspaper, which is titled, “Twitter must not buckle to Beijing’s pressure.”

Following this, Twitter released a statement to explain its stance on the issue, claiming that the platform has not coordinated with the Chinese government over the ban.