According to recent reports, Barclays shareholders have sued the U.S. over a $17.6 billion debt sale blunder. A complaint has been reportedly filed in the U.S. district court in Manhattan. Read the entire article to learn more about this piece of news.

Barclays has claimed that it suffered a loss due to the sale of the bank which was $17.6 more debt than was allowed by the regulators. Barclays has been sued by two pension plans in Florida stating that the bank is eligible for a dip in process in American depository receipts linked to the increase in the cost of error. The complaint said Barclays made “materially false and misleading” assurances in its annual reports that its internal controls over financial reporting were effective. It also said the bank overstated profit and understated operating and “litigation and conduct” expenses, by failing to disclose the overissuance in its 2021 earnings releases.”The failure to have controls in place to account for the number of securities issued against the number of securities registered is such an elementary failure of internal control that is so obvious as to be deliberately reckless,” the complaint said.

For people who have no idea about what Barclays is, this article is here to inform you.  For starters, Barclays is a universal bank.  In simple terms, a universal bank is something that offers every type of financial service possible. This bank will provide you with each and every type of financial service that you might require. So, therefore, it is the perfect stop for all your financial needs. This bank encourages and supports small businesses through its exceptional financial services. It contributes to society by satisfying its needs. This is the mission of the bank and this is the core principle of the bank’s existence. This bank understands that the world cannot function without the flow of money and therefore is committed to serving the people in every which way possible. This bank is also extremely inclusive. 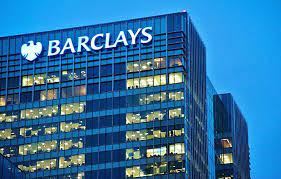 It makes sure that its employees are from different backgrounds so that they can get different viewpoints and be able to serve their clients in a better manner. Along with that, the company also makes sure to maintain that kind of diversity in its clients as well. This helps the bank achieve its goals and makes it more credible in people’s eyes. The company values difference and considers it to be one of its greatest strengths.