U.S. Military Buys a Tool that has Control Over 90% Traffic on the Internet and More

According to recent reports, the US military has bought a tool that supposedly has control over 90% of the traffic on the internet. Go through the entire article if you wish to acquaint yourself with this interesting piece of news.

The problem with the U.S. military having this tool is that they have access to people’s private information like their emails, browsing history, cookie preferences, and all sorts of data which is an invasion of privacy. The name of this interesting tool is Augury and it has been developed by Team Cymru. “The network data includes data from over 550 collection points worldwide, including collection points in Europe, the Middle East, North/South America, Africa and Asia, and is updated with at least 100 billion new records each day,” a description of the Augury platform in a U.S. government procurement record reviewed by Motherboard reads. 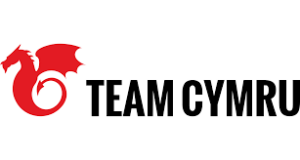 “According to the whistleblower, NCIS is purchasing access to data, which includes netflow records and some communications content, from Team Cymru, a data broker whose data sales I have previously investigated,” said Wyden, the Senate Finance chair and longtime member of the Select Intelligence Committee. “Web-browsing records can reveal extremely sensitive information about who we are and what we’re reading online,” Patrick Toomey, Deputy Director of the ACLU National Security Project, said in an email to Gizmodo. “We need to know far more about how military and law enforcement agencies are exploiting their warrantless access to our private information.”“Consumers do not realize that they are potentially nullifying their Fourth Amendment rights when they download and use free apps on their phones,” Eshoo said. “It would be hard to imagine consumers consenting to this if actually given the option, yet this is functionally what occurs.”

The tool, Augury can collect a lot of data which includes browsing history, cookies, recently visited URLs, etc. As cookies are unique for everyone, they can be efficiently used to see people’s activities online. Popular apps like Google and Facebook use cookies to follow people from one site to the other to see what they are doing. This is how they do target advertising.  Reportedly, there were some screenshots that were taken by the Motherboard panel. These screenshots were of the Augury panel.  It included URL’s, email data, cookies, and all sorts of private information. These screenshots were shown to people who were familiar with the tool, but after seeing the screenshots, they claimed that it was not of the Augury tool.