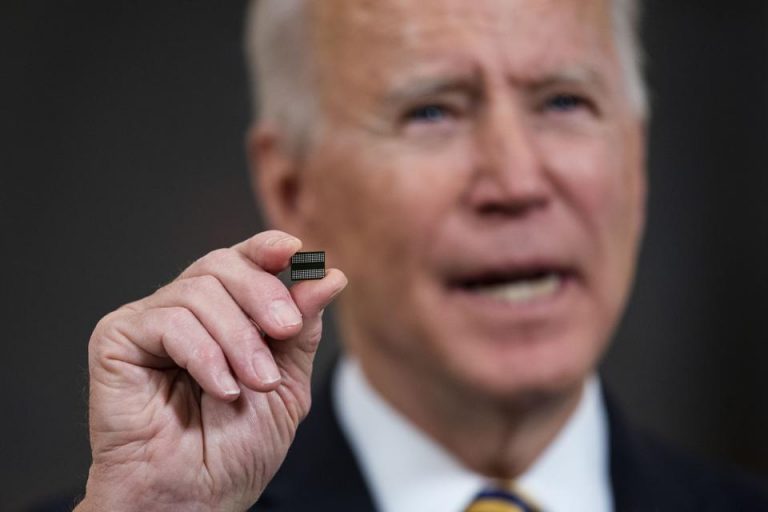 For the ones who are not aware, the technology and automobile industries are currently going through a global semiconductor chip shortage which has started to affect the United States more than we could anticipate. This is because the superpower of the world is home to Silicon Valley and the chip shortages have started affecting the manufacturing and production in these sectors. Several automobile industries have put a halt on their production while some have closed down complete units in the United States as semiconductor chips are key essentials in any technology.

All in all, the global technology industry is losing millions and billions of dollars with their production delays and will continue to lose sales till the shortage and supply chain issue of semiconductor chips is resolved. A step further in the advancement, a group of U.S. senators are reportedly close to signing a USD 52 billion proposal that would significantly boost semiconductor chip production and research in the United States, resolving the chip shortage issue and winning a political war against China.

As mentioned in a report by Reuters, Senators Tom Cotton, Mark Kelly, John Cornyn and Mark Warner have been negotiating a compromise deal that addresses the issue on a political front and also helps raise enough funds to curb the shortages of semiconductor chips in the United States.

The political issue involved is the rapidly rising Chinese semiconductor chip production after which they will supply these chips to the world and resolve this issue. The U.S. wants to make their production even better and compete directly against the world’s second most powerful nation. Anyhow, in both these scenarios, the impact on automakers and the technology industry will be reduced significantly once the supply of these chips begin.

According to a draft summary accessed by Reuters, the proposal issued by the U.S. senators include USD 49.5 billion in emergency supplemental appropriations to fund chip provisions that were reportedly included in this year’s National Defence Authorisation Act. Furthermore, this Act requires a separate process to garner funding.

The United States is walking in straight lines to take up a USD 110 billion chip funding proposal included in a bill proposed by the group of senators. The main goal with this funding would be to fund the basic and advanced U.S. technology research to better compete with the predatory actions of China.

President Joe Biden is also called to pour in over USD 50 billion to boost the semiconductor chip production and research in the United States.

For your information, the United States of America once held over 37% share of semiconductors and microelectronics research and production back in the 1990s and now in 2021, the country’s share is just 12% and the major chunk of it resides with China, according to Reuters.

The report further says. the summary of the draft mentions that it would include over USD 10.5 billion to implement programs such as National Advanced Packaging Manufacturing Program, National Semiconductor Technology Center etc. Other than this, a USD 39 billion investment in funding the research and production of semiconductor chips in the United States.

Senator Chuck Schumer, a democratic leader mentioned in a statement that the group of senators will take the new technology proposal or bill in the legislation that would include efforts to invest in the U.S. Semiconductor industry and also ensuring that China pays for its predatory actions. The bill is also intended to boost the semiconductor chip production in the United States and fund research for innovation and curb the critical supply chain issue of semiconductor chips in the U.S. and on a global platform.

The name of the act as mentioned in the reports is “Endless Frontier Act” which is supposed to be passed into the legislation next week.