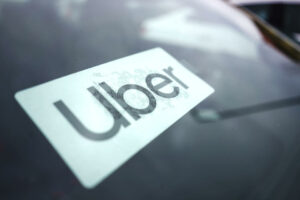 Uber is all set to charge its customers an additional fuel fee for cab rides and food delivery. The company cited the reason behind this step as the prices of gasoline which have hit a record-high. They are still rising for the thirteenth consecutive day since Russia invaded Ukraine. This charge is expected to offset costs for ride-hail and and delivery drivers.

They made the announcement stating this addition on Friday, March 11 specifying that it would still be temporary. They mentioned the surcharge to be around 45 cents or 55 cents for each Uber trip. Along with it about 35 or 45 cents for each order from Uber Eats. However, these charges are subject to vary taking into account the distance and location of these rides or orders.

The change is set to take effect from Wednesday, March 15. An Uber driver based in San Francisco clarified that all of the money would go towards the drivers. They clarified that the money is not directed at covering the price of the gas but to lessen the pressure. The surcharge is expected to be in effect for a minimum of 60 days. Afterwards, Uber would carry out an assessment of the gas prices and drivers’ satisfaction. Currently, the surcharges are according to the hike in gas prices in every state and the average trip distance.

The reason behind the additional fee:

Gas prices in the United States have seen a rise to record levels since war in Ukraine escalated. The average cost of gasoline is the country has currently hit a record of $4.34 a gallon as of March 12. This is a direct result of the US President banning imports of Russian fuel, gas and coal in order to punish Moscow for the war in Ukraine.

The amount of gasoline in storage dropped last week for demands are rising as summer arrives. The rise in demand of gas, along with the lower trend in inventories is also resulting in hike in these prices. As of last year, the US imported around 245 million barrels of oil from Russia, 8% of all its oil imports. Though its less than what it gets from Canada or Mexico, it is more than its import from Saudi Arabia.

As of other cab companies, such as Uber’s opponent, Lyft no such change has come forward. The head of driver operations for the US and Canada, Liza Winship gave a statement. In a press release, she specified that they had done their best to aid drivers and courier executives but not at the cost of the consumers.

<blockquote class=”twitter-tweet”><p lang=”en” dir=”ltr”>Citing record-high gas prices, Uber is charging customers a new fuel fee to help offset costs for ride-hail and delivery drivers. The temporary surcharge will be either 45 cents or 55 cents for each Uber trip, depending on location, the company said. <a href=”https://t.co/ZUCarMwiZq”>https://t.co/ZUCarMwiZq</a></p>&mdash; The Associated Press (@AP) <a href=”https://twitter.com/AP/status/1502795161604132865?ref_src=twsrc%5Etfw”>March 12, 2022</a></blockquote> <script async src=”https://platform.twitter.com/widgets.js” charset=”utf-8″></script>