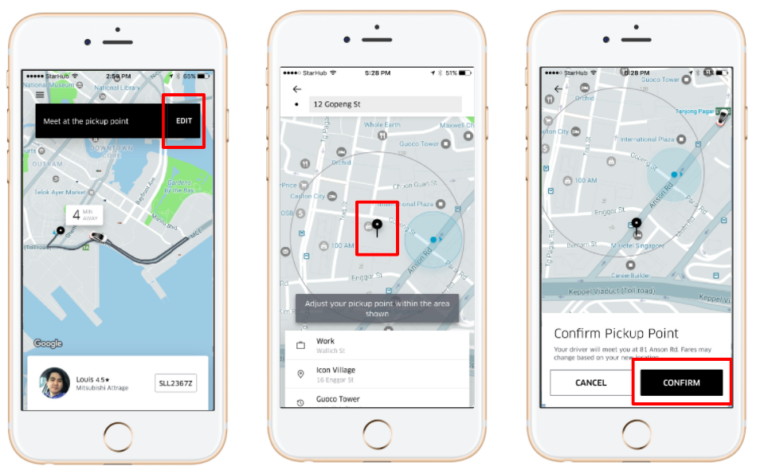 Uber to show drop location in advance to drivers Uber India is finally taking this step to minimise cancellations from drivers.

News from this week specify how Uber India is all set to address the problem surrounding drivers cancelling rides because of drop locations. This has come across as a series issue that customers often complained of while booking a ride. After the confirmation of the ride, they would often experience the driver calling them asking about the drop location.This would often leading to them cancelling it in case they did not prefer going all the way there, leading to both parties losing a lot of time.

On Thursday, May 19, Uber came up with a range of changes it hopes will bring to enhance the experience of its users on its page. Along with the issue of drivers cancelling rides after asking about drop locations, it addressed various other ones too. They stated how they have a caught a glimpse of how rider’s feel when drivers call to ask the dreaded question before a ride: “Where do you want to go?” “Jana Kaha hai?” (in Hindi).

Resultantly, they specified that they are taking steps to eradicate the frustration felt by both riders and drivers at such an instance. They will now showcase trip destinations to the drivers prior to them deciding whether they would accept the ride or not. Moreover, they will make sure that drivers meeting ‘predefined trip acceptance threshold’ would be eligible to get the destination data in order to make an informed decision. The ride hauling giant stated that this is an attempt to incentivise correct ‘platform behaviour.’

Apparently, this feature is already made available across 20 Indian cities, soon to be expanded to others. Owing to this change being so prominent, Uber would keep track of feedback from both parties.

Other changes Uber is bringing in:

Additionally, Uber India is focussing on the issue of the increasing fuel prices mainly affecting ride sharing drivers, along with others. With the drivers highlighting this issue, the company has made efforts to increase ride fares to adjust the effect of fuel prices on drivers.

Moreover, Uber is even planning to compensate drivers for having to travel longer distances while picking up riders. These extra earnings for the drivers would not only please them, but also ensure a reliable ride for the riders. Especially at the time of rides being few with higher demands, riders would get the benefit of a better, faster and reliable ride.

Finally, Uber is also making sure to make modes of payment more flexible for drivers. The app would now show them the mode of payment opted by the rider before the confirmation of the trip in order for them to choose the mode they prefer. With previous instances of cancellations due to this issue, drivers can now opt for the ride whose mode of payment suits them best.