Unacademy Co-founder Gaurav Munjal Says Edtech is Here to Stay "EdTech is here to stay. In fact I am more bullish on it than I ever was."

The education tech industry in the country has been facing massive slumps over the past year. During the coronavirus pandemic and the ensuing national lockdowns, with schools and other educational institutions closed, the ed tech industry blew up. The companies in the industry were growing heavily, they were receiving massive amounts of investments, many Indians were being employed in the sector and their operations were quickly scaling up all over the country as people were forced to have consumer electronics at home for their education.

However, as the pandemic started to slowly fade away, and as the lockdowns went, schools and other educational institutions started to open up which caused lesser people to flock to ed tech companies for their education and learning. This caused many of the companies in the sector to initially grow slower first and then their growth almost became nil. This caused many companies to scale down their operations and this even forced many of the players of the field to close down their operations so that they can reduce their losses. 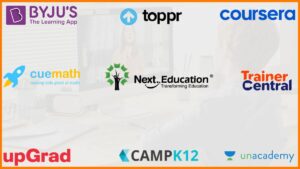 Many people said that the best days of ed tech is now in the past and where it is now is where it will continue to be as people see these companies as a supplement rather than their primary source of learning.

However, Mr. Gaurav Munjal, the co-founder and chief executive officer of Unacademy, took to his Twitter to account to say that the ed tech industry is here to stay. He went on to speak very positively of the industry as a whole saying that he is feeling very bullish about it.

He also went on to say that just because the company are opening up two centres does not mean the industry is going down.

A twitter user replied to him asking his thoughts on Physics Wallah, another ed tech company.

Mr. Munjal replied saying that he really likes the company and the founder. He jokingly also said that he didn’t like that he announced their offer for the company which he ended up rejecting as well. He ended his tweet by saying that he respects a few of the things that they are doing.

The tweet has been up for less than 2 days and has gone on to rack up over 700 likes and 35 retweets. Many people supported his tweet stating the importance of education and the fact that these companies are able to link the best of offline and online learning.