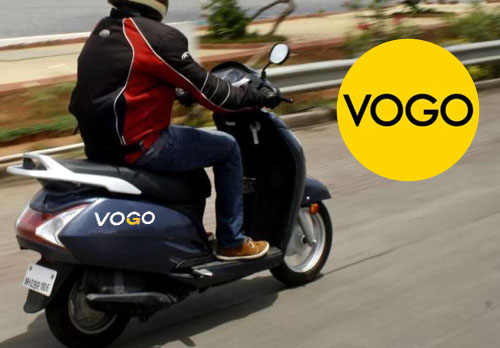 We all know about the unfortunate atrocities that took upon us during the COVID-19 pandemic rather than when the government of India imposed nation-wide lockdowns during the peak of the outbreak. According to sources and analysts, the rental two-wheeler business among many other businesses took a strong hit and as far as Vogo is concerned, its niche sector of on-demand mobility took a hit as well. Consequently, the business went low but continues to operate at a lesser business than the pre-COVID-19 situation in India.

Founded back in 2016 by Anand Ayyadurai, Sanchit Mittal and Balakrishnan Padmanabhan, Vogo is known as a dock-less scooter or two-wheeler rental start-up that allows customers to rent scooters for short one-way trips.

According to a report by Economic Times, Vogo mentions utilising this latest infusion of funds to expand its operations and electrify its two-wheelers. The company further aims to strengthen its product-lineup to cater to customers in the post-COVID-19 pandemic situation.

Vaidhehi Ravindran, Lightrock says that they are delighted to see Vogo come out with resilience from a tough year like 2020 which has possibly made the team stronger and given them clarity of vision which is backed by strong execution, focused on creating value in the market for their customers.

As mentioned in a report by India Times, since its inception, Vogo has covered approximately 130 million kilometres, as claimed by the company with over 10 million rides since 2016. The scooter-rental start-up mentioned in a statement that it will focus on major expansion and electrification of its scooter fleet within the next 18 months from now but according to Economic Times’ report, Vogo has not clearly mentioned if it is intending to leverage Ola’s latest electric scooters to expand their two-wheeler fleet. However, it is possible that Vogo may start manufacturing its own electric two-wheeler in the near future.

According to the company profile on Crunchbase, Vogo has to date raised total funding worth USD 180 million in over 14 financing rounds.