Volkswagen’s CEO Herbert Diess invited Tesla’s Eon Musk online to the executive conference that was held in Germany. Musk addressed the 200 executives that were present at the conference. Herbert Diess wants to “galvanize VW’s top brass for a faster pivot to electric vehicles.” 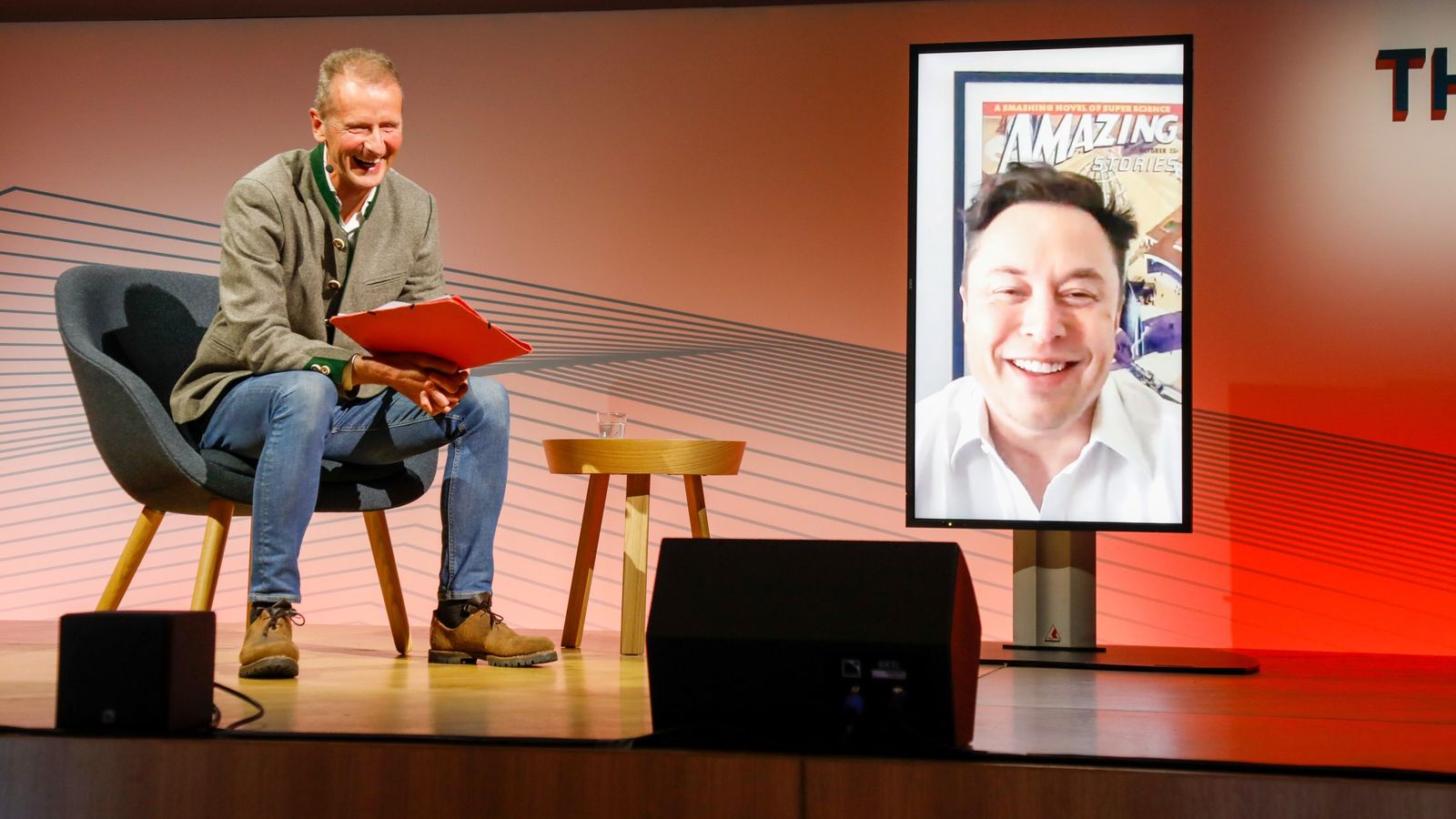 Diess confirmed via Twitter that Elon Musk was present at the online conference. Handelsblatt daily reported the news stating Volkswagen as “icon” and also Tesla’s greatest challenger as stated by Diess.

With a new mindset & a revolution in our headquarter Wolfsburg we can succeed the new competition.Good meeting with 200 top managers in Alpbach. Big responsibility at a crucial point for our company. Thx for joining @ErinMeyerINSEAD & @elonmusk,we will visit you soon in Grünheide pic.twitter.com/dwYyXZnBT8

Furthermore, when VW’s Diess asked about why Tesla was more nimble than its competitors.  Then Musk replied stating that first, he is an engineer and also that he has an eye for logistics, supply chain, and production. While Musk being an engineer was a very well-known aspect, his eye for production is known to have gained as he worked on bringing Tesla on a large scale production.

Later on LinkedIn, Diess posted the news saying Volkswagen had a surprise guest. It was to bring home that VW needs to make faster decisions and less bureaucracy. When that happens, he said that it would be the biggest transformation for the company. On Linkedin, it was stated as, “Happy to hear that even our strongest competitor thinks that we will succeed (in) the transition if we drive the transformation with full power,”

Took only 2-3 days to rewrite a software

Diess added that it took only 2-3 days for its rival to rewrite software so that the microchip used can be changed accordingly. Referring to the chip shortage, Diess was talking about the steps Tesla took during the crisis. Tesla is known to be the only company that managed effectively at the start of the semiconductor chip shortage.

In a tweet posted on Saturday, Diess stated that they will continue to dialogue with Tesla. Emerged as a strong contender for Tesla as a global electric vehicle seller. The CEO said, “We will visit you soon in Gruenheide,”

Tesla’s plant in Berlin is almost ready to start production. Recently the factory tour was given to many customers and guests as part of Giga Fest. Known to bring strong competition for the local sellers, Tesla’s growth in European regions is expected. However, other automakers have their own plans for expansion. VW plans to have 6 large battery plants in Europe by 2030. Irrespective of the funding, automakers are forming alliances and partnerships to have a strong market in the upcoming electric vehicle shift.