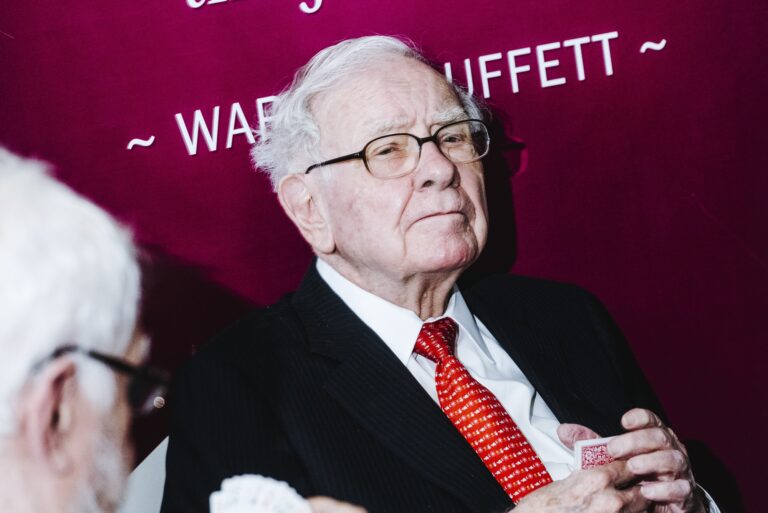 Warren Buffet’s Berkshire Hathaway has been investing in the Chinese automaker BYD since 2008. Now the company sold 1.33 million shares in BYD, trimming down its stake in the automaker. The investment has soared in value over years, now selling the shares at $47 million.

Berkshire paid $232 million for the 225 million BYD shares it bought in 2008. By the end of last year, the value of those shares had ballooned to nearly $7.7 billion. The success of the BYD investment is one example of why so many investors follow Buffett’s moves closely because he has a remarkably successful track record over the decades. BYD said in an earnings report this week that sales of its vehicles continued to climb in the first half of this year and help it increase its market share, even as auto sales slowed in its home market of China. BYD said its revenue jumped nearly 66% in the first half of this year thanks to the rapid growth in its electric vehicle sales, and its net income more than tripled to $520 million (3.6 billion yuan).

Buffett, who is Berkshire’s billionaire chairman and chief executive and turned 92 today, has said his business partner Charlie Munger, 98, was the impetus for the investment.

Berkshire said it owned about 7.7% of BYD before the latest stock sales, and that figure won’t change much after the sales. Berkshire said its holdings of the Hong Kong-issued shares of BYD dipped slightly from 20.49% to 19.92%. In the past, Buffett and Berkshire Vice Chairman Charlie Munger have heaped praise on BYD Chairman and founder Wang Chanfu and said they were investing in him even more than in BYD’s technology. Munger has said that Wang managed to accomplish several feats that seemed impossible at the time, including taking one-third of the lithium battery market away from Japanese manufacturers by 2010.

Berkshire owns dozens of businesses including the BNSF railroad and Geico auto insurer, and stocks such as Apple Inc and Bank of America Corp. It does not announce plans to sell individual stocks, knowing that other investors may mimic Buffett and sell their own. Berkshire has spent more than $57 billion this year buying other stocks such as oil companies Occidental Petroleum Corp and Chevron Corp.

Electric vehicle sales in China have risen in recent months, benefiting from government measures to spur demand. On Monday, BYD said rising sales from January to June helped offset disruptions from supply chains and domestic outbreaks of COVID-19. BYD also overtook Elon Musk’s Tesla Inc as the world’s largest seller of electric vehicles. In a research note on Tuesday, Daiwa Capital Markets analyst Kelvin Lau raised his 12-month price target for BYD but said Berkshire’s sale could put the stock “under pressure” in the near term.