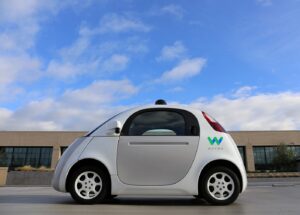 The self-driving giant of Alphabet Inc., Waymo made an announcement this Monday, March 21. The self-driving unit stated that they are all set to introduce a driving service in San Francisco, California. Notably, this would be an entirely autonomous-driving service. Waymo specified that they are prepared to do away with safety drivers from its autonomous vehicles in the city. However, they did not divulge into the details of the project, such as the timeframe for when the service will fully arrive.

Last year, in August, the self-driving unit initiated the offer of giving autonomous rides. Essentially, these rides were free of charge, that too for a limited number of people in the city. For precaution, a safety driver would be present in each vehicle. The drive would be in Waymo’s Jaguar electric vehicles. These Jaguar I-Pace models, which had sensors on the roof, had become a regular sight in San Francisco. For the past few years, they been visibly driving back and forth to learn the streets, sometimes hitting the same distinctive end point.

The Co-Chief Executive Officer of Waymo, Tekedra Mawakana commented on this initiative on Monday. He specified that had given people, hundreds in number, rides in the ‘robo-taxi.’ The service operated for the last six months in the densely populated San Francisco.

We’re now ready to begin introducing the Waymo Driver in fully autonomous mode. — With no specialist behind the wheel — in the city as a major step on our path to deploying a fully autonomous commercial service,”  Mawakana said in a blog post.

He pointed out how these tests aided Alphabet’s Unit to implement adjustments to the function of the cars going about the city. Additionally, to improve its “braking patterns,” accommodating San Francisco’s various four-way stops, and comfortable drives along its steep hills. Moreover, he emphasised on Waymo’s goals to improve safety owing to the disturbing number of injuries and deaths of pedestrians by cars.
In early March, Waymo won the permission the California Public Utilities Commission (CPUC) to enable them to charge rider for trips. These trips would be with a safety drivers present in the vehicle. Similarly, Waymo’s rival, Cruise also obtained the approval of city regulators for the same. The self-driving unit is yet to acknowledge requests made for a comment on this.
Currently, Phoenix is the sole market in the United States where Waymo operates its autonomous cab service to the people.