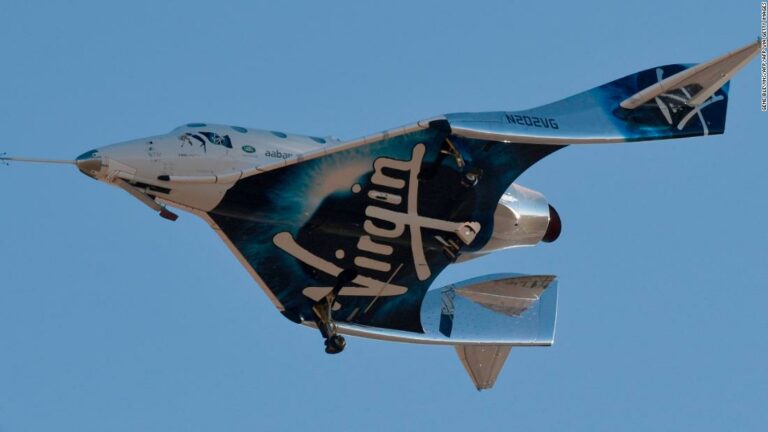 Shares of Virgin Galactic — the space tourism company that carried its billionaire founder, Richard Branson, to the edge of space last summer. It took a major price hit on Thursday after the company announced it’s raising as much as half a billion dollars in debt.

The company announced Thursday it would raise $425 million to $500 million in convertible debt. The cash received will be used to build out its fledgling business, adding spaceports and ships that will eventually ferry tourists to the edge of space and back. For now, Virgin Galactic is essentially taking presales and hasn’t commenced commercial operations yet.

“The company intends to use the net proceeds from the offering to fund working capital, general and administrative matters and capital expenditures to accelerate the development of its spacecraft fleet,” Virgin Galactic said in a statement.

Given that the notes are convertible into shares, there is the potential for the debt offering to eventually dilute existing shareholders. Virgin Galactic is attempting to minimize any potential dilution by entering into deals with financial institutions to account for the potential stock conversion. But those transactions cost money and depending on where the stock is trading when a conversion happens some dilution is still possible.

The proceeds from the offering will be used to fund working capital. It includes the development of its spacecraft fleet, as well as offset the cost of trying to minimize dilution.

Along with the preliminary debt filing, the company announced results for the year ended 2021. Virgin Galactic ended the year with about $933 million in cash on the balance sheet. The company burned through about $68 million in the final three months of the year.

The free cash flow is a little better than Wall Street was projecting. That’s good news. But raising more capital adds interest expenses, and investors are concerned that the debt might one day convert to stock, diluting existing shareholders.

No investor likes dilution, but relative to other ways for Virgin Galactic to raise money right now the convertible offering looks like a good choice. It would be difficult for Virgin Galactic to tap equity markets given the way the stock has performed over the past six months. They are selling shares guarantees that each existing share would be worthless and would likely cause an even sharper decline.

Thursday’s sell-off is rough, but in the long run, Virgin Galactic is going to need all the cash it can raise as it attempts to build its business and turn into the growth stock investors had once envisioned. The jury is still out on whether Virgin Galactic will ever be able to establish a market for high-priced space tourism, and profit from the flights. But at least the company now has extra cash in its coffers as it makes its attempt.

Virgin Galactic stock tumbled almost 17% in mid-October after the company announced delays to its commercial-flight timeline. Galactic needed to work on its flight technologies.