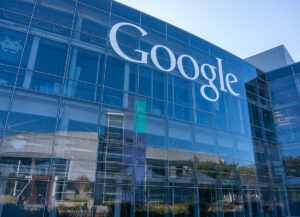 It has been a while since 500 employees from Google have rallied behind a colleague victim to forceful. She alleges that the company pushed her out of her job owing to her activism within Google. This has come across as the latest flare-up amongst the tech company and its employees. Particularly, the ones that raise their voices against Google’s business practices and conditions in the workplace.

According to a report from March 15, the workers went ahead to sign a petition alleging that Google’s leadership was “unjustly retaliating” against one Ariel Koren. Koren is a product marketing manager at Google for Education. The retaliation was for her expressing criticism of Project Nimbus which is worth $1.2 billion. The contract is one that Google and Amazon Web Services signed with the Israeli military and their government. The company had reportedly conducted an investigation into the issue. Following that, Google specified in a report that they found no signs leading to a possible retaliation between the claims of the petition.

“Sadly, Ariel’s case is consistent with Google’s dangerous track record of worker retaliation that has made mainstream headlines in the past few years — and specifically against those speaking out against contracts that enable state violence against marginalised people,” the petition said.

The organisation in charge, the Mountain View California corporation has taken charge of various other high-profile claims concerning retaliations. This is a direct result of workers worrying more about the policies of the companies they work in. Since then, they have been critical of it, along with their handling of possible issues of sexual misconduct and others. Similarly, in 2020, one Timnit Gebru claimed to have been fired for challenging the firm’s handling of recruitment of underrepresented minorities. Along with, attempting to publish research about partiality in artificial intelligence.

Why the employee was asked to shift to Sao Paulo:

Ariel Koren claims to have been the recipient of excessive scrutiny since the spring of 2021. In May, she called on the company to express solidarity with Palestinians after the assault on Gaza by Israel, killing more than 250 people. Five months following that, she led efforts to draft a letter among workers of Google and Amazon. The letter contained criticism of Project Nimbus, a multiyear project to open data centres in Israel. Along with it, provide infrastructure for an entire suite of cloud services to the military and government.

The letter mentioned that the plan would facilitate observation of Palestinians and extension of Israeli settlements, which is essentially illegal under international law. It has gathered signatures from hundreds of workers, urging Google to sever ties with the Israeli military.

Koren has worked in the company for the past six years and lead various marketing efforts for Google for Education. This sector of the company worked for the creation of tech tools for classrooms and educators in Latin America. Koren was initially based in Mexico City for two years prior to getting approval to work in California. She received the ultimatum to move to Brazil or lose her position from her boss in early November.