An Electric Vehicle company, Workhorse Group has reported its third-quarter earnings on Tuesday, 9 November 2021. It includes negative sales and the shares fell a little in premarket trading because the stock already has been badly beaten up. 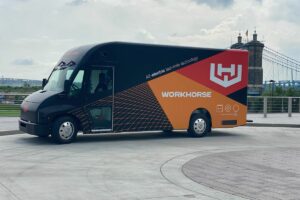 The increment of cost of sales is $11.5 million compared to the last third quarter of 2020, which was $2.8 million. The surge in cost of sales was primarily due to inventory on hand that has a higher cost than its net value, an increase in warranty reserves due to recalling of the company’s C-100 vans.

In September, however, Workhorse recalled 41 vans in its C-1000 line and suspended deliveries, which sent the stock plummeting. In a regulatory filing on Monday, the company said new leadership “determined that additional testing and modifications to existing vehicles are required to bring the C-1000 vehicles into full compliance with Federal Motor Vehicle Safety Standards.”

Workhorse CEO Rick Dauch admitted on Tuesday that, aside from federal safety issues, the C-1000 just might not be up to the task of heavy-duty deliveries. The company is performing additional testing of the current truck design, which Dauch said is present “not robust nor is it profitable.”

Selling, general, and administrative (“SG&A”) expenses were also higher by over 60 per cent. They are $10.6 million compared to last prior quarter $6 million. The increase in SG&A expenses was primarily driven by higher compensation-related costs due to stock-based compensation, legal costs, and insurance costs.

The Loss of operations is more than doubled. It increases from a loss of $9.8 million to  $25 million in this third quarter of 2020 and 2021 respectively.

As of September 30, the Company had approximately $230.4 million in cash and cash equivalents.