Xiaomi no more exclusive to Flipkart ; Will sell on Snapdeal, Amazon as well ! 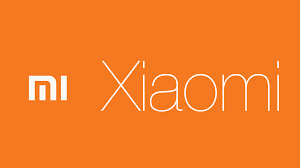 New Delhi, April 7: Chinese handset maker Xiaomi will not be exclusive to Flipkart anymore as the company has decided to start selling its smartphones on other eCommerce sites such as Snapdeal and Amazon as well.

The firm, which launched its first smartphone in India in July last year, had opted for the online route to sell its handsets partnering with online marketplace Flipkart.

“Starting tomorrow, 8 April, we’re adding two more partner channels that you can purchase from – Snapdeal and Amazon India,” Xiaomi said in a post on its official Facebook page.

To reach out to more consumers Xiaomi has also ventured into brick and mortar stores by partnering with retail chain The Mobile Store. It has also entered into a partnership with private telecom operator Bharti Airtel.

“This means you can now purchase your favourite Mi products from Flipkart, Snapdeal and Amazon India online, and The Mobile Store and Airtel if you prefer to buy in stores,” it added.

Founded in 2010 by serial entrepreneur Lei Jun, Xiaomi is often referred to as the ‘Apple of China’.

According to research firm IDC, Xiaomi’s global market share of smartphone shipments in October-December 2014 stood at 4.42 per cent, while the firm a share of 4 per cent in India and 13.7 per cent in China during the same period.