The smartphone giant from China, Xiaomi, went on to lay off 3%, 900 people from its company, making headlines. The economic meltdown on global front, was the reason cited by the company for the lay-off. The global inflation, Ukraine-Russia war, India-China issues, Covid have all contributed in some level for this decision taken by the giant of a company that Xiaomi is. According to the data, as of June 2022, the company had little over 32k employees working full time. Around 30k from them were located in China, while the remaining were working in either India or Indonesia.

According to the president of the company, “Global Inflation, Foreign Exchange Fluctuations and Complex political environment,” have all contributed to taking such a harsh decision by the company.

The decline in the Global Smart Phone Industry 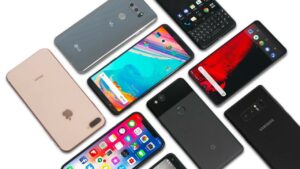 The reports suggest that, there has been a decline in the smart phone industry globally. The data states that, the segment went down by 8.9% in the past year. The smart phone market as of now is not in a good phase and the firing of employees by Xiaomi has just added fuel to the fire.

Not only the global smart phone industry, the general notion of all the markets have been affected deeply due to the global macro-economic trends.

Off late, the economic trends across the globe has not been so good. One of the main reasons for the economic slump is the war between Russia and Ukraine. US, UK and every country has joined either of the two countries, creating a big ruckus on the global front. This has impacted the economic sector deeply, keeping all the markets on their toes.

One of the major reasons for Xiaomi’s debacle can also be linked to the India and China’s relationships. After the strike that happened in 2020, Indian government went on to ban all the products that were made in China, impacting the Chinese market deeply. This also had a huge impact on the smart phone industry.

What do you think about Xiaomi’s decision to let off its employees? Share your thoughts in the comment section below. Also if you found the article to be informative, then please share it with your friends and family.