YouTube turning out to be a medium for crypto criminals.

Cryptocurrency has been subjected to a lot of types of criminal exploitation and has always suffered in the long run. The web technology, though is improving and reaching greater heights, is failing to curb the instances of cybercrimes. There is no limit to the number of moneys that has been stolen from the market already and for sure there is so much more to be stolen for the criminals. Out of all the social media channels such as Instagram, Twitter, Facebook and YouTube, YouTube is the preferred social media channel for the hackers to scam the investors and loot all of their cryptocurrencies.

The criminals or hackers, hack into the YouTube accounts of various people who have a credible number of subscribers and start promoting bogus cryptocurrency giveaways. According to a report submitted by BBC, there are more than dozens of streams promoting fake crypto giveaways watched by at least tens of thousands of people over four days this month. 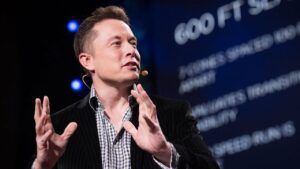 One of the pioneers of cryptocurrency in the world Elon Musk recently took on and spoke about the issue with YouTube. He added that, YouTube was not tackling “Scam ads.” Even though, YouTube replied to Musk saying they remove the channels that are reported, there is no strong measures taken by YouTube to fix the unethical activities, many believed. For many months, the streams have been fooling around with people asking them to send cryptocurrencies to hackers, promising that they will receive prize from Mr. Elon Musk.

A renowned music artist also a victim of crypto scam.

Chilean urban-music artist, Aisack had a YouTube channel which was hacked and taken control by hackers and scammers two weeks ago. The channel started streaming content about Tesla, which occurred as a surprise for the subscribers as the channel was primarily filled with music. To the incident, the musician commented that “I feel Completely insecure and Violated.” Many of his followers went on to message him asking what’s happening in the channel. He also added that, the absence of good regulatory policies of YouTube has hurt me and now just before the release of my new song, I am creating a second channel as a back-up and re uploading more than 10 years of work on YouTube.

It is true that the numbers of cyber crimes involving cryptocurrency has gone down when we compare it to 2021. The problem that is in front of us is that, the crime has not yet been eradicated completely and has many victims falling for it. Necessary measures and regulations, no mercy penalties surely will put a stop the fraudulent activities to some extent.