Zerodha Founders To Be Paid ₹ 100 Crore Each Annually 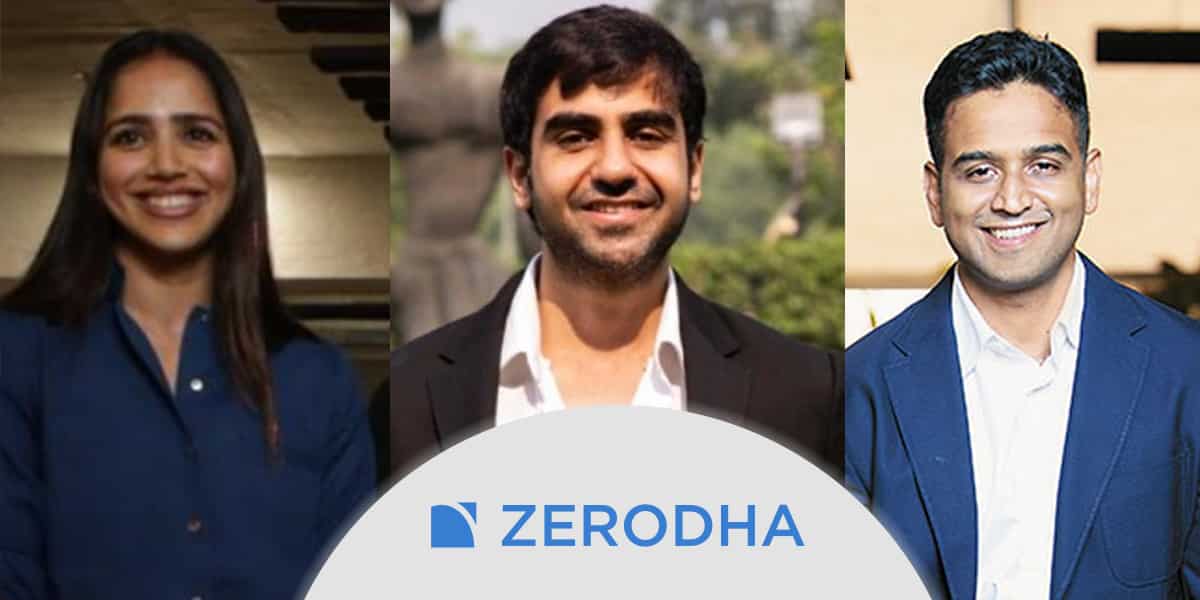 All the three founding members of the brokerage firm Zerodha- Nikhil Kamath, his brother Nithin Kamath and his wife Seema Patil, are about to receive a ₹100 Crore of annual salary compensation each, according to a special resolution that was passed by the company board recently.

In the special resolution that was passed by the board of the company, the basic salaries of the founders which were worth ₹4.7 crore per month which totalled to ₹300 crore per year was made clear.

If the three founders accept this resolutions, they will become the highest paid promoters and CXOs in the country. The highest-paid promoters of listed companies in FY20 include Kalanithi Maran from the Sun TV who got ₹87.5 crore and Pawan Munjal from Hero MotoCorp, who received a total of ₹84.6 crore in his annual salary.

Zerodha is now the largest stock broker in the country and is now planning a buyback of shares which are worth ₹2 billion, which is a double the valuation from last year.

Nithin Kamath, on Friday, tweeted about this saying- “Everyone holds ESOPs & continuously get new options too. We ran a buyback last year at $1 billion valuation & we will this year at $2bil. Maybe conservative valuations, but our business risks are high,”

Zerodha made more than ₹1,000 crore in revenue and another ₹422 crore in profit in the last financial year of 2020.

Nikhil Kamath, earlier said that the brooking company does not need to go public as it is not under any pressure to raise funds or provide an exit to its investors. The company is also disinclined to raising funds from the market.

“We don’t need the money, so there’s no point in raising money just because someone is ready to give it to you. We are profitable, have zero debt. And we don’t spend on marketing and advertising which is probably the single biggest reason for folks raising money,” said Nikhil in a statement

“We don’t want to grow just for sake of growth with random businesses. We want to build things around our core competency, do it well,” Nikhil tweeted last month in April.