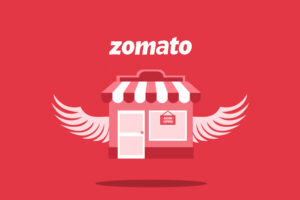 According to BSE data, Zomato’s market capitalization fell below Rs 1 trillion at 09:58 a.m., to Rs 95,007 crore. Zomato has underperformed the market, sliding 8% versus a 5% rise in the S&P BSE Sensex.

Zomato has underperformed the market, sliding 8% versus a 5% rise in the S&P BSE Sensex. The stock has dropped 13% in the last three months, compared to a 3% drop in the benchmark index.

Zomato’s market value (market cap) fell below Rs 1 trillion at 09:58 a.m., to Rs 95,007 crore. Zomato has also dropped out of the top 50 most valuable publicly traded companies in terms of market capitalization.

The Metro restaurant network on Zomato is less dense and smaller than Swiggy’s. Restaurant exclusivity is more than predicted, according to the worldwide brokerage industry, with Swiggy dominating at 56 percent and Zomato at 45 percent, meaning higher take-rates.

Zomato is not the only one who has been affected. Policy Bazaar has equally been hit. The market value had dropped to $3.3 billion from $6 billion when it went public for the first time. Things appear to be just as bad in the country’s private market. Many large investors, including Tiger Global and the Canada Pension Plan, have reduced their stakes.

According to multiple sources familiar with the situation, Tiger Global is now only focused on early-stage acquisitions in India and has grown more conservative in how pricing rounds.

If you find this article informative then do not forget to share it with your friends and family! Also do let us know what are your thoughts on the given topic below.