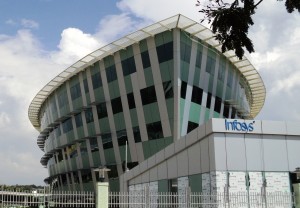 Infosys, second-largest Indian IT services company by 2016 revenues is all set to invest up to $15 million in Stellaris Venture Partners, launched by a team of venture capitalists, who are aiming for a final corpus of $100 million from both local and global investors.

“Infosys will not be the anchor investor in the (Stellaris) fund,” said a company executive familiar with the talks, terming the discussions still early. Since Chief Executive Officer Vishal Sikka unveiled plans for startup investments by India’s second-largest software exporter in January 2015, the company has made seven direct startup investments.

Stellaris Venture Partners was set up by Alok Goyal, Rahul Chowdhri and Ritesh Bangalani. All three of them were previously partners at India-based Helion Venture Partners. The firm describes itself as an early stage venture fund looking to support the next generation of companies.

The Infosys Innovation Fund was launched in 2015 with an aim to invest in entrepreneurial ventures delivering innovation in domains relevant to the company’s core business. Its aspiration was to amplify start-ups that build purposeful solutions while being steered by innovators who share the same mindset as of Infosys – nurturing deep client relationships with an unwavering commitment to ethics and mutual respect.

The IT company has launched three platforms, including Infosys Intelligent Platform, Infosys Automation Platform and, earlier this year, Mana, to automate basic technology work for its clients.

The company provides software development, maintenance and independent validation services to companies in banking, finance, insurance, manufacturing and other domains. One of its known products is Finacle which is a universal banking solution with various modules for retail and corporate banking.