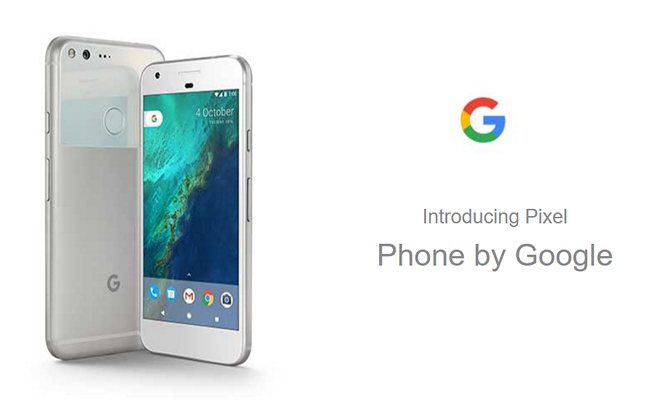 The moment we all were waiting has arrived! Google just launched its new phone Pixel- and as the leak suggested, the phone looks great!

Meet #Pixel — the first phone designed inside and out by Google. #madebygoogle pic.twitter.com/xGAWjAbFXK

As per DXx0Mark, Pixel has the best camera we’ve ever seen!

The camera on Pixel is the best smartphone camera… EVER, according to DxOMark. #madebygoogle pic.twitter.com/J8Xf2ciaUo

We want to build hardware that helps you get things done in your world, without worrying about the underlying technology. and communities around the world, as the company stats.

“Our goal is to build a personal Google for each and every user,” said Sunder Pichai, CEO Google.

Google is going all guns blazing with Pixel, it is the first phone in the world with the Google Assistant built in. Your Google Assistant will even recognize what’s on your Pixel screen, so you can get help in context.

Looks like Google might turn the tables when it comes to phones with this one as , Pixel can get you up to 7 hours of power with just 15 minutes of charging. That is some serious speed!

Let’s get to the good stuff. Here’s #Pixel by the numbers. #madebygoogle pic.twitter.com/eetVpX0eSu

Pixel is available for pre-order today in the U.S., Australia, Canada, Germany and the U.K. India has to wait for a while, the phone will soon be launched.

Introducing Daydream View — the first headset made for Daydream. It’s comfortable and easy to use. #madebygoogle pic.twitter.com/HK7BLvB4PO

We want to make VR simple, friendly and accessible. And hence, Daydream! It ties together a bunch of things you need for mobile VR — software, hardware, and apps. Pixel is the first Daydream-ready phone, with sensors and displays all tuned for amazing VR. Daydream View will be available in November for $79 — both the headset and controller, together. It comes in three colors- White, Grey and Red (No, It doesn’t come in Black!)

The Daydream controller lets you point, swing and aim. And when you’re done, it tucks right back into the headset. #madebygoogle pic.twitter.com/IoTdQfZP5w

As the rumors suggested, Google did launched it’s WiFi! Google Wifi is an expandable system that gives you great internet throughout your whole home. And it looks stylish!

Google Home is designed to fit your home, with hands-free help from the Google Assistant. Home is available for pre-order in the U.S. for $129, and will be in stores Nov 4.

You can customize your Google Home with a choice of 6 bases, in fabric or metal. #madebygoogle pic.twitter.com/qVWaneFlOK

And that’s a wrap! Say hello to the whole #madebygoogle family. https://t.co/0e0g3PKz6k pic.twitter.com/gV97oQ3KtX