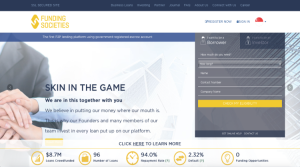 Kelvin Teo, co-founder of Funding Societies, said they were proud to work with Sequoia. “We believe in working with the best in the industry.”

“Their experience investing in online lending platforms will bring Funding Societies to the next level. We will continue serving SMEs and lenders with the same focus on sustainable, quality growth,” he added.

“Sequoia has been impressed by Funding Societies’ strong team and their ability to execute across Southeast Asia. In a large market, they have grown fast by effectively meeting the needs of both SME’s and lenders. Funding Societies is well positioned to emerge as a leading P2P platform in the region and Sequoia is delighted to support them in this endeavor”, said Pieter Kemps, Vice-President at Sequoia.

Since April 2016, Funding Societies and DBS Bank have entered into a partnership which enables Southeast Asia’s largest lender to refer some of the smaller businesses that it is unable to lend to, to Funding Societies, in conjunction with MoolahSense. Source- dealstreetasia