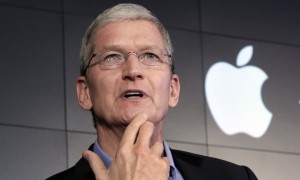 Tim Cook, Apple chief executive plans to visit Beijing later this month to meet high-level government officials, at a time when the company is facing setbacks in its most important overseas market.

Cook has frequently traveled to China since taking the helm of Apple five years ago, but his latest visit comes during a critical period.

The news comes after Apple’s earning call last month revealed sales fell 26 percent in greater China in the second quarter of 2016. Following the earning’s call, billionaire Carl Icahn, who has been buying large amounts of Apple stock over the past three years, sold his stake in the company and expressed worries over China’s attitude towards Apple.

As part of his visit, Cook will also meet with officials from the Communist Party’s propaganda wing, in order to address concerns after Apple fell foul of a state campaign to control online content and enforce strict localization of data storage.

Under the president, Xi Jinping, China is also trying to shift away from its dependence on foreign technology, especially in critical sectors such as banking and insurance. Foreign businesses have staunchly opposed new regulations that they claim threaten to cut them out of such industries.