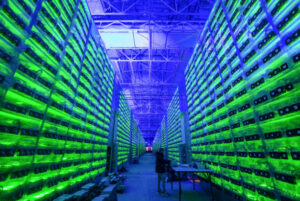 The energy consumption in bitcoin mining and the carbon footprint of the mining process has been a matter of debate among crypto enthusiasts and opponents. When the Tesla CEO announced that the company will no more accept bitcoins as payment for the Tesla cars, and raised the issue of the environmental degradation due to bitcoin mining, it became a major concern worldwide, but as a solution, Companies like Stronghold Digital Mining came up with some innovative concepts like recycling of the coal waste directly into the bitcoin through mining.

This concept of the company raised the funding $105 million as announced by the company on Tuesday.
Stronghold Digital Mining is a Pennsylvanian Company that claims to reduce approx. 200 tons of the waste coal with each bitcoin mined. The company is using this ESG-friendly method to not only reduce the harm to the environment, but at the same time, it is protecting the havoc caused by the Coal waste fires in Penny Sylvania. Bill Spence, Co-Chairman at Stronghold Digital Mining stated that

“Coal waste fires have been wreaking havoc in my home state of Pennsylvania for the last hundred years”, “Not only are these coal fires a major source of greenhouse gases but the acid runoff and ash from these uncontrolled burning piles pose serious threats to the health, environment and water quality of the surrounding communities”.

With the increasing popularity of bitcoin across the world and frequent steps of different governments towards the legalization of cryptocurrency, it becomes even more important to focus on cheap and environment-friendly bitcoin mining. Despite all the criticism that the mining process is receiving from the adversaries, Stronghold is setting an example of environment-friendly bitcoin mining and so does El Salvador.

The recent funding raised by Stronghold will help the mining industry to grow in Pennsylvania and is likely to become a great source of employment opportunities for the citizens. Green mining will exert a significant impact on the environment in two ways, reducing the damage by bitcoin mining and restoring the damages by the waste of coal at the same time.