11 Crypto exchanges could be shut down

South Korea’s top financial regulator will shut down 11 cryptocurrency exchanges for allegedly engaging in fake bank account scams according to local media. Meanwhile, the deadline for all crypto exchanges to comply with the country’s regulation is approaching, and the majority of them have failed to do so. 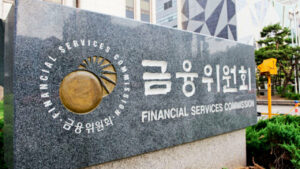 According to the sources, the 11 crypto exchanges allegedly used bogus group bank accounts, and the FSC intends to alert the prosecution and police of the suspected criminal acts. The exchanges will be unable to obtain permission from the FSC to continue their operations. The exchanges’ names have not been revealed.

To continue operating, crypto exchanges must receive approval from the FSC by September 24. Some attempts to give exchanges additional time to comply with regulations, such as People Power Party Congresswoman Cho Myeong-requested to extend the deadline until December 24, have been rejected.

The FSC is sticking to its September 24 deadline, claiming that crypto exchanges have been given a six-month grace period. Crypto exchanges must work with local banks to open real-name accounts for customers, which is one of the requirements.

Banks, on the other hand, have been hesitant to collaborate with exchanges outside of the top four: Bithumb, Upbit, Coinone, and Korbit. Exchanges will have to shut down if they are unable to provide real-name accounts.

According to the journal, several mid-sized exchanges have already declared plans to close or suspend operations, with Darlbit ceasing operations on July 15. CPDAX announced on July 30 that it will cease operations on September 1, underlining that this is not a temporary but rather a permanent action to close the company. Those who have cryptocurrency in their accounts must withdraw them before August 31 at 3 p.m..”

Exchanges must also receive a certificate from the Information Security Management System (ISMS). In South Korea, many crypto exchanges are likewise failing to meet the certification’s standards. According to the journal, Bitsonic exchange, for example, said on July 30 that it will temporarily cease offering services in order to modernize its service systems and meet ISMS criteria.

What are your thoughts on the closure of 11 exchanges and the fact that many more will be forced to go owing to their failure to comply with the future regulation? Please share your views in the comments box below.