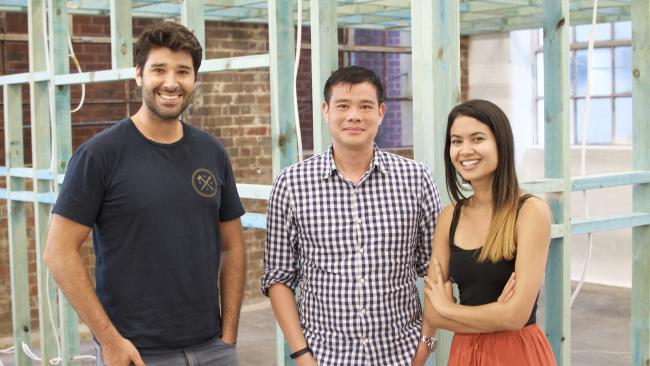 Canva, the Sydney, Australia-based online graphic design platform, raised a new $15 million round of funding bringing its total valuation to $462 million, the company announced on Wednesday.

The company has doubled its valuation in 12 months, and says it hasn’t spent any funds from its previous funding round.

Canva Co founder and CEO Melanie Perkins said the startup hasn’t used a cent of the $15 million round it raised in 2015 because of strong revenue growth. Now, the company plans to use its two latest rounds to spend more heavily on expansion over the next 12 to 18 months with the goal of becoming a mainstream workplace tool employees use to create any document, presentation or marketing material needed for work, competing with more broadly known tools like Microsoft Office.

“Every profession is becoming increasingly visual, and we think Canva is applicable to most people,” Perkins said in a phone interview. “A lot of concepts were not natively web, which we’ve been able to invent from the ground up. We want to power the modern workforce.”

“We’ve had a crazy amount of investor interest as we’ve continued to grow rapidly,” Perkins added.

Ms Perkins said she had the best job in the world, leading a motivated and passionate team. “I spend a little more time at work than other people but it means I get to be with our team, and we have no arbritary rules. Everyone’s focused around the outcome, and I’m always looking at have we moved the needle where coming to work is a fun thing to do, as opposed to something you have to do because of some arbitrary rules.

The company launched an iPhone app earlier this year and has raised more than $55 million to date, and has more than 120 staff across three countries.

FASTEST WAY TO EARN $200,000 IS FINDING VULNERABILITIES IN NEXUS