A power beam flashing out of the eyes is not an unusual sight for comic lovers and those into superhero movies. Superman has laser eyes, so does Captain Marvel. However, these days laser eyes have been trending. Not because of fantastic superhero movies, but because of bitcoin, and perhaps it won’t be an exaggeration, after all, to use the superhero analogy here, since there are people who consider cryptocurrency to be purely fantastical, and far away from the neighborhood of reality.

Twitter is a space that surprises users now and then. Whether it be news, or memes, or profile pictures turning to laser eye memes out of the blue. And it came as a confusing surprise when a number of bitcoin enthusiasts decided to celebrate the new milestone of cryptocurrency touching USD $57,000. It is an unprecedented high, why not an unprecedented and quite unusual way of celebration. The idea behind the laser eyes comes from the villain Harbinger from Mass Effect 2, whose captives had a yellow beam in their eyes. And it is a symbol of ‘total control’.

When it comes to bitcoin, which name is better to start a flame than Elon Musk. Musk activated his bitcoin superpower by tweeting “Just for a day,” after his profile image was changed into an anime character with glowing red eyes. After all, anything can happen in a day, and it sure did. Whoever knew that laser eyes could be this infectious!

Just for a day 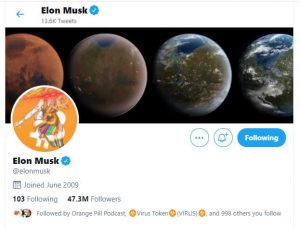 The next in line is the MicroStrategy CEO, Michael Saylor. He even went on to give a nutshell version of the future power of bitcoin. Although some users weren’t really impressed with the laser eyes, and talk, it did encourage some others of the bitcoin community to join the laser eye league. After all, it’s bitcoin, a little ‘bit’ of disagreement is part of the game. Even Harbinger might have missed a few targets.

After the speculations of whether Tom Brady was loading up on bitcoin, the new profile picture of the quarterback stirred up some interest among the twitter users, particularly those of the bitcoin community.

The next roar of celebration came from Meltem Demirors, the CEO of CoinShares, in addition to being a well-experienced Cryptocurrency investor, advisor, and advocate.

disclosure: this is NOT financial advice! this is a meme DYOR bitcoin is a high risk investment never invest more money than u r willing to lose also disclaimers in my bio and also i hate this but i must

Blockstream CSO, Samson Mow is pretty much into the laser eyes meme trend too, exuding the bitcoin power all the more. 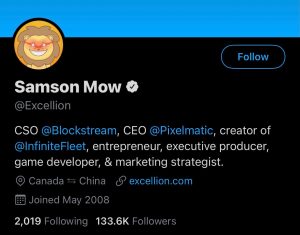 When the twitter profile image of US Senator, Cynthia Lummis flashed a red beam, people were equal parts impressed and as is customary, equal parts unimpressed. Though, her background attracted some flak, with people mocking her of following the trend out of FOMO, truth is that the senator was actually declaring her support for what she considers is a “strong advocate for digital assets and financial innovation.”

Like Mr. Musk, my day of laser eyes is almost up but my support for sound money continues. https://t.co/vF6gz2yAUC

The laser beam eyes of the US congressman Warren Davidson also made some news, responses tinted with surprise, indicating that the echoes of the bitcoin was resonant in congress halls as well. 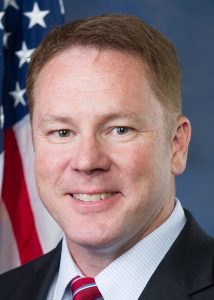 Although the laser eyes are no longer visible now, David Hoffman, the co-founder of Bankless had also activated his laser eyes, joining the league. 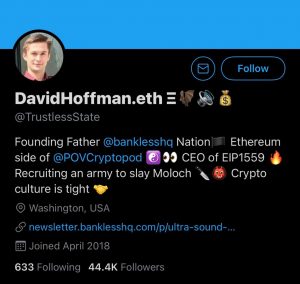 The Winklewoss twins, Cameron Winklewoss and Tyler Winklewoss, the founders of cryptocurrency exchange, Gemini, is also in the list of celebrities who joined the trend. Apparently the flame of bitcoin is being kindled and rekindled, thanks to the trend. 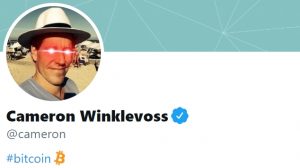 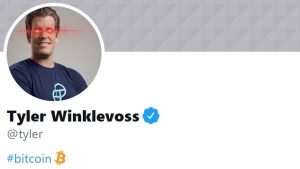 Bitcoin core developer, Jimmy Song, who is an advocate and developer of the same, was also in the laser eye meme trend. Although his twitter image no longer displays the laser eye meme, his tweets remain a standing evidence for his support for bitcoin.

You: buying random altcoins hoping to make up for 10 years of #Bitcoin gains, going through an emotional roller coaster for the next 2 years and ending up no better than you were before

Well known podcaster, and an advocate of bitcoin, Preston Pysh also took up the laser vision. The red beam does flash across well.

Nick Zhabo, who adorns the roles of a computer scientist, legal scholar, and cryptographer also took to the laser eye meme, adding more steam to the already steaming bitcoin brew. 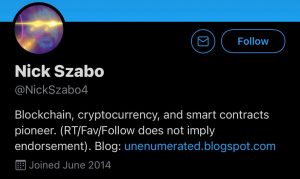 The bitcoin community seems to encompass people from almost all the fields, further widening its reach bit by bit. And the renowned derivatives trader and analyst, Tone Vays is also part of the league, advocating for bitcoin, and imperatively a part of the #LaserEyesTill100k.

With Paris Hilton taking up the laser eye trend, the bitcoin enthusiast list took up more stardust of celeb glam.

SoftBank CEO, Marcelo Claure is next in line to take up the laser eye trend. 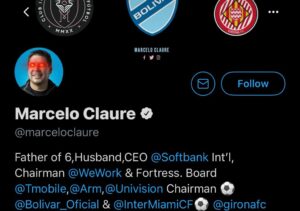 Political commentator and Americal Talk show host, Sean Hannity underscores the fact that the laser eye trend is quite infectious with his new profile picture.