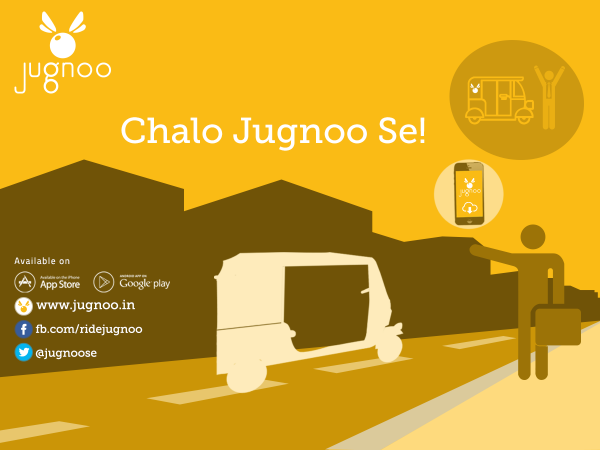 23 March 2016, India : Just a day later when Uber, the world’s most valuable startup, dragged rival ride hailing app Ola to court, accusing it of making false bookings, auto-rickshaw ride-hailing app Jugnoo has also jumped into the fray accusing the Bengaluru-based company of the same, while threatening to initiate legal action.

Jugnoo Autos is an Indian Autoricksaw aggregation company headquartered in Chandigarh. It provides on-demand transportation and logistics services across 30 cities in India. It develops and operates a mobile application which helps connect the user with the auto driver. The service was started in Chandigarh by Samar Singla along with Chinmay Agarwal in October, 2014.

Jugnoo is accusing Ola of instructing its employees to create fake accounts through which they book an auto rickshaw on the company’s app and then cancel it. In a span of 10 days, Jugnoo says it has suffered 20,000 cancellations and has successfully tracked 800 fake accounts on its platform.

“We found this 10 days ago when few of our cities started seeing an abnormal number of requests and then cancellations. So their idea was to exhaust the supply and agitate the drivers. We narrowed down where these requests were coming from and we found that they were from Ola’s offices,” said Samar Singla, co-founder and CEO at Jugnoo.

Singla said he reached out to the company via micro-blogging platform Twitter and even to Ola’s CEO Bhavish Aggarwal, but the fake requests did not stop. “We started to create a paper trail and at this point we have enough evidence. We haven’t filed a case yet because we still hope that it will stop. But if it doesn’t we’ll be forced to file a lawsuit.”

While Jugnoo hasn’t reported the number of drivers quitting its platform due to agitation, Uber claims that Ola’s actions over the past six months has resulted in the loss of 20,000 driver partners. Losses for Jugnoo in terms of the cancellation charges are still quite small, however, the loss of drivers whom the company spends to train along with the loss of business would make it a significant amount.