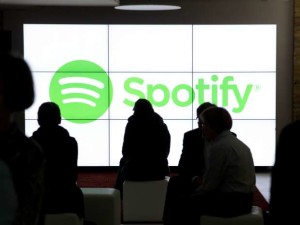 If you use the popular music streaming service Spotify, there is a chance you may be vulnerable after a report has surfaced that the emails, usernames, passwords and other details of hundreds of users were recently uploaded online.

The report says it is unclear whether or not this is a new compromise of Spotify accounts or stems from past leaks, however people from the United States, U.K. and other countries have been taking to Twitter to complain about unusual account activity.

“Spotify has not been hacked and our user records are secure,” a company representative stated. “We monitor Pastebin and other sites regularly. When we find Spotify credentials, we first verify that they are authentic, and if they are, we immediately notify affected users to change their passwords.”

Spotify users are reporting unexplained activity in their accounts, including “recently played” songs that they hadn’t listened to. Others claim that their log-in emails were changed.

“When we find Spotify credentials, we first verify that they are authentic, and if they are, we immediately notify affected users to change their passwords,” Spotify says. “User data was not compromised.”

As is always the case when there is a possibility of user information being leaked, even if this particular list came from a previous compromise, it may be worth looking at your account to see if there is any usual activity. You may want to change your password, too, just to be safe.