“Riding is the new driving,” Jesse McMillin told in a phone interview. As Lyft’s executive creative director, he played a big part in producing the TV spot: “The mode of transportation that Lyft offers is a part of a new wave of how people get around. The audience that [the commercial] really resonates with are millennials and younger groups where that choice is actually serious.”

“I think for us, we are in a moment in time right now where a lot of things are being reinvented and rethought,” McMillin continued. “How can we make sure things in our daily lives are being used as efficiently as possible? It’s exciting that companies [like Lyft] are being a part of the conversation like big brands have been for generations. It’s why we think the broadcast medium is interesting right now — it allows us to reach a new audience, one that we haven’t been talking to a lot. We’re taking this chance to talk to people in a new and different way than before.” 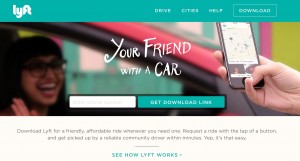 Ricardo Viramontes, Lyft’s creative director, sees the message as being relatable for existing users of the ridesharing app: “It reinforces what is so much fun and encourages you to look at use-cases outside the traditional ones.” And he agrees with McMillin, saying that he hopes the TV commercial will “touch a nerve among folks that may not have been introduced to [ridesharing] overall.”

The Ad looks fresh and creative and it highlights issues many face when owning and driving a car, such as dealing with parking tickets, being cited for driving under the influence, getting into accidents, putting up with endless traffic jams, and more. Instead of dealing with all of that, Lyft wants you to abandon car ownership for the peace of mind of having someone else take you around.