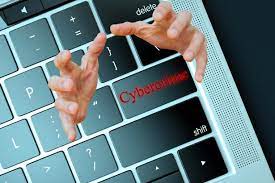 Australia Sets Up A Unit To Check On Crypto Misuse

According to news reports Australian police have set up a new unit for cryptocurrency. As per reports, the new team would focus on checking criminal acts being done through cryptocurrencies. It also plans to keep a check on money laundering.
The Australian intelligence unit has warned earlier that cryptocurrencies are being used for finding a loophole in the system.

According to the chief of Austrac, a financial intelligence wing, cryptocurrencies are attractive to criminals because they allow users to make transactions without revealing their identities. He also said that they have added advantage of being quick and can be used across borders easily.

Reportedly the AFP has a record of making a 200% return in a case in 2016. According to reports, initially when the agency started to look towards seizing the amount the value of invested amount was lower, upon the conclusion of the probe the value of the investment increased manifold.

According to the criminal officer, cryptocurrencies provide, evidence and leads which can be used to trace criminal activities in different domains like business, child protection, cyber etc. He added that the ability to check cryptocurrency transactions across domains is crucial.

“It’s targeting assets, but it’s also providing that valuable, investigative tracing capability and lens for all of our commands across all of our businesses, whether they’re national security-related, child protection, cyber — or the ability to trace cryptocurrency transactions across the relevant blockchains is really, really important,” said a police officer in the article

According to reports, the unit for cryptocurrency would not be bestowed with any additional authority in investigating cases. Australia’s central bank has recently made a statement that the Reserve Bank is contemplating using instances of digital currency cases using a new research project.

According to reports the cases of financial crimes in cryptocurrencies have seen a manifold rise in recent years. According to reports, the previous five years have seen a 269 per cent increase in such cases. The number is believed to be even higher than the usual cyber attacks. The first half of this year alone saw an increase of up to 30% in cases of fraud related to cryptocurrency.

A few of the reasons behind these attack is attributed to rising in ransom attacks. Some experts also believe that it is becoming increasingly difficult for financial criminals to shift their professions. The attack on cryptocurrencies has seen an upward trend despite the declining investment in cryptocurrencies.