64% adults from 10 different countries are likely to use CBDG : survey

Several countries have taken the lead in the attempt to build a CBDC as the central bank digital currency (CBDC) proceeds forward in testing. Adults in ten different countries may access CBDCs, according to a poll done by enterprise blockchain firm Guardtime. A CBDC can be accessed after debut, according to nearly two-thirds of respondents, and the majority of study participants anticipate a significant CBDC will be created within three years.

The positive response from the survey 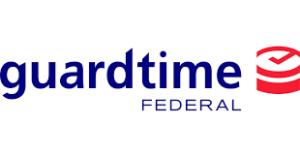 Guardtime, the enterprise blockchain firm founded by Christopher Leiter and Mike Gault, recently conducted a survey across ten major economic regions across Europe, the United Arab Emirates, Asia and North America. The study found that 64% of all survey participants said they would “likely” take advantage of them if their country launched a CBDC. 33% of respondents said that they would be “very likely” to use a CBDC if a major CBDC was launched.

According to the Guardtime study, the company is collaborating with many central banks throughout the world and believes that central bank digital currencies could enhance the global economic order. Only 10% of the study’s participants claimed they would “never” use a CBDC. Guardtime further stated that members who will convert their present savings to CBDCs have given the company “great support.” In addition, the Guardtime poll found “high support” for CBDC pay.

“One in three adults (33%) will be ready to convert their savings to a CBDC within a month,” said a Guardtime Research report. “Another 26% will do so within one to six months. Just 11% say they will never convert savings to CBDCs,” the company’s study adds. The Guardtime researchers continued by saying:

CBDCS WILL BE HAPPY TO HAVE UP TO 30% OF THEIR SALARIES PAID WITHIN ONE MONTH AND 27% WITHIN ONE TO SIX MONTHS. ABOUT 12% WILL NEVER ACCEPT PAYMENT IN A CBDC.

Study: ‘Consumers rank confidentiality on transactions as a most important feature of CBDC’

Guardtime’s study reveals that due to circumstances like the coronavirus crisis, predictions are unlikely. According to the study, the rising digitization of our modern society will strengthen the first significant CBDC “within three years.” Lucas Ilves, the head of the strategy at Guardtime, thinks the survey’s conclusions are fascinating. “People all around the world have embraced digitization as a result of the coronavirus outbreak, and this is reflected in the relative enthusiasm for central banks launching digital currencies,” Ilves added. The executive of Guardtime went on to say:

IT IS FASCINATING TO SEE THAT 64% OF PEOPLE WOULD BE WILLING TO USE CBDCS – EVEN IF THEY HAVE NOT YET BEEN LAUNCHED – AND ARE HAPPY TO HAVE THE SUPPORT AND TRUST OF CENTRAL BANKS TO ENSURE THE DELIVERY OF DIGITAL CURRENCIES.

Respondents claimed they don’t necessarily want to cease using cash, according to a Guardtime research statement. However, 31% of participants said that within a month of the CBDC’s launch, they would convert more than 50% of their financial transactions to it. To undertake financial transactions with a CBDC, 28% answered they would like to wait more than a month and up to six months. Privacy, ease of use, and the ability to use CBDCs without an internet connection were the three most essential qualities that respondents hoped to see.

Let us know what you think about this CBDC survey in the comments section below.