The social media network, Reddit has announced that it would scale its Ethereum-based Community Points system with the help of the scaling solution Arbitrum. 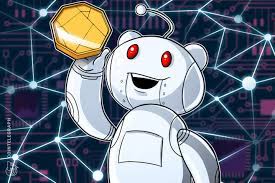 Reddit in a statement today said, “You’ll notice transactions happen much faster, and once you’ve created a Vault, you won’t have to keep claiming Moons every month,”  if the solution is migrated to the Ethereum mainnet.

Reddit administrator jarins announced on Thursday that the platform had established its own layer-2 rollup for its rewards points, using Arbitrum technology. Before migrating to the Ethereum mainnet, Reddit announced it has installed the layer-2 solution on top of the Rinkeby testnet.

Arbitrum’s decentralised nature, developer-friendliness, and large ecosystem support were all factors in the platform’s decision. Arbitrum essentially “rolls up” transactions on a gasless sidechain with its own set of security and consensus rules before reporting them to Ethereum. Offchain Labs’ development team has praised the project for scaling solutions.

Community Points are earned by uploading specific content on social networking sites in exchange for prizes. These are referred to as Moon tokens on the r/Cryptocurrency subreddit, and Bricks on the r/FortNiteBR community.

“Transactions will be significantly faster, and after you’ve formed a Vault, you won’t have to claim Moons every month,” Reddit explained. “They’ll appear out of nowhere in your vault!”

Despite the popularity of Community Points tokens on the network, there appears to be no clear consensus on how many are now in circulation across crypto analytics sites. According to Etherscan, more than 78,000 holders have received nearly 67 septillion — that’s 24 zeros at the end — MOONs. However, according to CoinMarketCap, the total supply is only 6,962,504 tokens.

Simply by sharing their ideas on the site, Moon token users have identified practical financial applications. In January, a user known as satoshinakamoto7 claimed to have paid their rent with MOON tokens. Another exchanged the tokens for Bitcoin (BTC) before the cryptocurrency’s price soared to above $30,000 in January.

“Today’s debut is a significant step forward, but we have a long way to go,” Jarins remarked. “By introducing millions of users to the blockchain, we hope to bridge the gap between early adopters and mainstream adoption.”