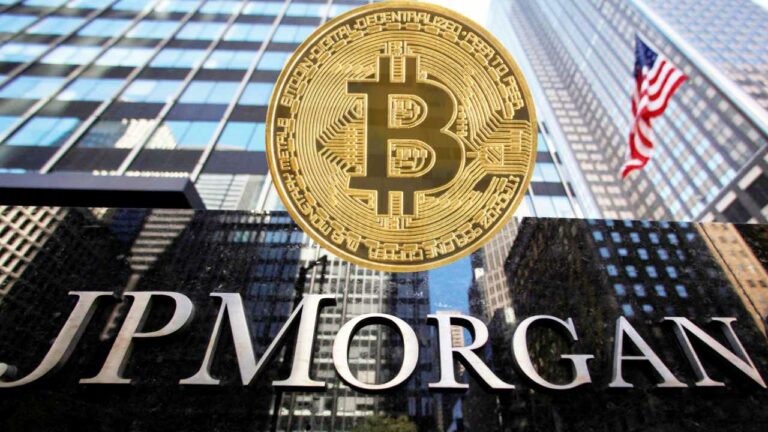 JP Morgan Chase essentially feels that Bitcoin is the next revolution which is going to take the finance sector by storm. Even during the market implosion, JP Morgan Chase believes that, Bitcoins had a fall, but the fall was not catastrophic. The current value of bitcoin which is at around $27,000 is 30% less to the fair value of bitcoin which would amount to $37,000, according to JP Morgan Chase. In its valuation of bitcoin, the company also firmly believes that bitcoin will rise up soon and reach its peak again. They expect to get returns from alternative assets such as cryptocurrencies at over 10% in the coming year. That compares with a return of 12% for traditional assets.

It is true that, the crypto market imploded and a lot of investors lost billions of dollars in the market. They lost their life savings, their education fee and all the financial aid saved up for emergencies. Even when there is a recession in the public market and a heavy reprovision following the terrible collapse of Terra USD, some alternative assets such as real estate, private debt, and private equity have also started to lag. Major companies such as JP Morgan Chase, which happens to be the largest bank in US in market capitalization, feel that replacing real estate and others with cryptocurrencies might surely be beneficial in the long run.

JP Morgan Chase’s CEO Jamie Dimon has actually went ahead and criticized the use of cryptocurrency ‘Bitcoin’. In 2017, Dimon went to the extent of calling bitcoin a ‘fraud’. He added to his comments saying that the digital asset was ‘worthless’. Eventually, he had to let his clients decide for the company, and termed them as ‘adults.’ He continued to add that, so if the clients want to buy the worthless bitcoin, we can’t deny their request. All we can do is give them a legitimate and a clean possible access to the cryptocurrency.

Even though the crypto market crashed, the cryptocurrencies such as bitcoin and Ethereum have began to gain back their values. Thanks to the moves made by companies such as JP Morgan Chase, which facilitates the cryptocurrency market to grow and prosper in an efficient manner. Replacing real estate with bitcoins as alternative assets for JP Morgan Chase came as a big boost for the market and will eventually help the market to revive back from the implosion.