A BIG PROBLEM FOR BOOK MY SHOW AND PVR CINEMAS

Friday has not been a very good day for the media aggregator Book My show & theatre chain PVR Cinemas as they have been charged penalty by Hyderabad District Consumer Disputes Redressal Commission. The issue was related to internet handling charges that are to be paid by consumers.

THE INSIGHTS OF ISSUE

Hyderabad Resident Vijay Gopal in 2019, a RTI activist & president of ‘FORUM AGAINST CORRUPTION’ filed up a complaint against the online ticketing platforms under the description of ‘internet handling fees’. The ticket price genuinely take a hike after adding up this fees.

The consumer has also approached the central bank of India and Department Of IT under the Ministry Of Electronics & Information Technology.

The court straight away declared these charges as ‘unfair’; as these prices cannot be up to the one third of total ticket prices.

The consumer court directed Book My Show and PVR Cinemas penalty of Rs 5000. The compensation of Rs.25000 has to be paid along with Rs 1000 for the costs incurred to Mr. Vijay Gopal.

The district commission has clearly taken a strict stand for the fees by making a cap for it that should not be more than Rs.6. This is typically a cap that is applicable to entire Andhra & Telangana that has its foundation with the IT Act 2000.

“…this Forum is constrained to hold that the additional amount of Rs.41.78/- per two tickets under the head “Internet Handling Charges”…amounts to unfair trade practice as defined under Sec.2(1)of the Consumer Protection Act,” the order said. 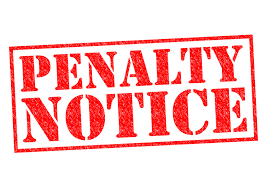 BOOK MY SHOW’S TAKE ON THE CASE

The allegations were clearly denied by the media aggregators as they mentioned the issue was still in process. The issue had already been raised in Bombay High Court; therefore the proceedings should be adjourned.

The spokesperson said it clearly that the company is examining the forum and will follow the process legally. They have promised to abide by the law and respond it accordingly.

He appreciated the proceedings and called it unfortunate that such a big player in the market has to pay such an amount. He also underlined that it was a payout for the years of illegal amount collected by the platform under the name of internet handling charges.

He also made it very clear that if the facts regarding Telangana government’s order to not take fees with respect to internet turn out to be true; the matter would then be taken to high court.

Both Book My Show and PVR cinemas have a rich history of catering to a lot of people. They approximately cater to 10 million people per month having close to more than 20 million customer base. Having such a great customer base; the responsibility to give utmost convenience at affordable prices is need of the hour. If that void is created; it would be very difficult to gain the trust.

Pandemic already made it difficult to bounce back; and cases like these would make the road ahead very difficult failing them to gain both trust & revenue.