The CEO and founder of Telegram has officially made the feature available, a day after Pavel Durov said that an update had been under review by Apple for two weeks.
The latest version, in accordance with Durov, is jam-packed with emoji-related functionality. One is absent, though, as the IT giant specifically asked for its removal. 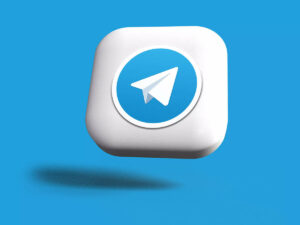 The CEO and founder of Telegram stated on his Telegram channel that “Apple got back to us with a demand to dumb down our planned Telegram upgrade by eliminating Telemoji – higher quality vector-animated versions of the standard emoji.”

Durov called it a perplexing choice on Apple’s part because Telemoji would have given their static, low-resolution emoji a totally new dimension and greatly improved their ecosystem.

“However, it’s excellent for Telegram in the long run because it will help us make Telemoji even more distinctive and recognisable. Additionally, we have added 10 additional emoji packs in today’s update, along with the option for any user to publish their own emoji, according to Durov.

He described it as an intriguing engineering challenge to make sure that hundreds of vector-based emoji could play simultaneously on any mobile phone screen with flawless animations.