A dormant Bitcoin wallet that hasn’t been used in nearly nine years has recently moved over $29.47 million in BTC. 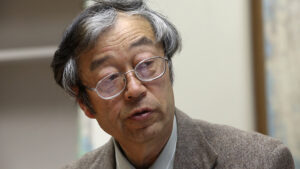 According to Blockchain.com, the address initially got 616 BTC on December 10th, 2012, when that quantity of Bitcoin was only worth $6,667.

The bitcoins remained in that wallet until Saturday when they were transferred to an unknown address for more than 4,420 times their initial worth.

Whale Alert, a cryptocurrency tracking service, was the first to notice the shift.

Transactions from long-dormant wallets usually pique media interest because they spark speculation that the BTC could be owned by Satoshi Nakamoto, Bitcoin’s enigmatic creator.

Beginning with the first 50 BTC rewards for the genesis block on January 3rd, 2009, blockchain analysts estimate Nakamoto mined one million BTC. In mid-2011, Nakamoto’s engagement with the Bitcoin project came to an end.

The 616 BTC were received by a second unknown wallet, which sent the entire amount to a third unknown address the next day.

Over the last nine years, the long-dormant transmitting wallet has received trace amounts of Bitcoin several times, however, those transactions appear to be the product of dusting assaults.

Hackers and scammers use dusting attacks to transfer small quantities of bitcoin (dust) to a large number of personal wallets in an attempt to compromise the wallet users’ anonymity.

The scammers then attempt to track the transactional activity of the targeted wallets in order to determine who or what is behind it.

Despite this latest transaction, Rafael Schultze-Kraft, co-founder and CTO of blockchain analytics business Glassnode, claims that the majority of Bitcoin supply is now in the hands of long-term investors.

Nakamoto also created the first blockchain database as part of the implementation. Up until December 2010, Nakamoto was involved in the development of bitcoin. Many people have claimed to be Nakamoto, or have been falsely accused of being him.

When discussing technical subjects, Nakamoto has never divulged personal information, however, he has provided opinions on banking and fractional-reserve banking on occasion. Nakamoto claimed to be a 37-year-old Japanese man on his P2P Foundation profile as of 2012; yet, due to his native-level usage of English, others felt he was unlikely to be Japanese.