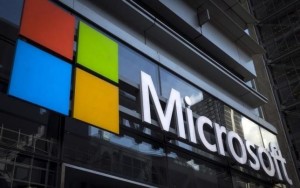 The German state of Schleswig-Holstein, which has a population of roughly 3 million people, has announced aspirations to become open-source.
The plans are already well advanced, with Windows, Microsoft Office, Zoom, and other proprietary software being largely replaced by Linux, LibreOffice, OnlyOffice, and Jitzi.

“By the end of 2026, Microsoft Office will be replaced by LibreOffice on all 25,000 computers used by civil servants and employees (including teachers), and the Windows operating system will be replaced by GNU/Linux,” said Mike Saunders, a marketing assistant for The Document Foundation, the open-source office suite LibreOffice’s creator. The state stated that it intends to prevent the humiliating backtracking that occurred when Munich declared plans to replace Windows and Office with open source solutions, only to return to Office in 2017.

Jan Philipp Albrecht, the state’s digital minister, stated, “The primary difficulty there was that the staff were not taken along enough.” “We’ve improved. We’re anticipating protracted transition periods with parallel use, and we’ll gradually introduce open source as departments become ready. We also provide ourselves an incentive to introduce it further because people can see how well it works.” “In our IT department, we’ve been testing LibreOffice for two years, and our experience is clear: it works,” he stated. “This is also true when working with comments in Microsoft Word documents.” The interface between LibreOffice and our e-file software has also been reliable for six months [despite the fact that we had to have the e-file software vendor design it first].” Jitzi, an open-source video conferencing technology, has also been used by the service for 90% of its video conversations.

While the plans are advanced, the large-scale roll-out has yet to begin, and it will be interesting to watch if Schleswig-Holstein can stay the course once issues like training, support, and edge-case compatibility begin to surface at scale.