According to a Rumour, Uber is Poised to Sell its 7.8% Interest in Zomato.

According to a person with direct knowledge of the situation, Uber Technologies is most likely the buyer of the 7.8% share in the Indian food delivery company Zomato that is being sold in a $373 million block deal on Wednesday.

According to a term sheet reviewed by Reuters, the offered size of 612 million shares, valued at $373 million, is based on the lower half of the block deal’s 48-54 rupee price range. This represents a discount of 2.8 percent to 13.6 percent from the most recent closing. 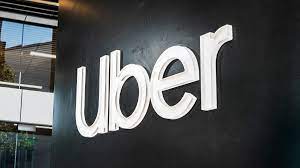 An inquiry for comments was not immediately answered by Zomato or Uber. On Tuesday, Zomato stock increased 20% to 55.55 rupees.

The deal’s only bookrunner is BofA Securities. The possible seller was not identified in the term sheet.

Zomato announced on Monday that it has received more orders and reduced its deficit for the June quarter from 3.56 billion rupees to 1.86 billion rupees ($23.67 million).

For the second quarter of 2022, Uber recorded a net loss of $2.6 billion on Tuesday, of which $1.7 billion was attributable to its equity investments, including its interest in Zomato.

The size of the offer equals 7.8% of the total number of outstanding shares for the company, which has seen erratic trading on the stock exchanges since becoming public last year.

An Uber India official was reached, but she refused to provide any information.

It should be mentioned that Uber purchased a stake in Zomato after Zomato purchased Uber Eats, its local food delivery service, in a stock-for-stock deal in 2020.

Later, Zomato was listed on the stock exchanges. The stock had been under selling pressure for the previous several weeks, but Tuesday’s transaction saw a spike in interest from purchasers after it was revealed that losses had been cut in half and the company had been reorganized.