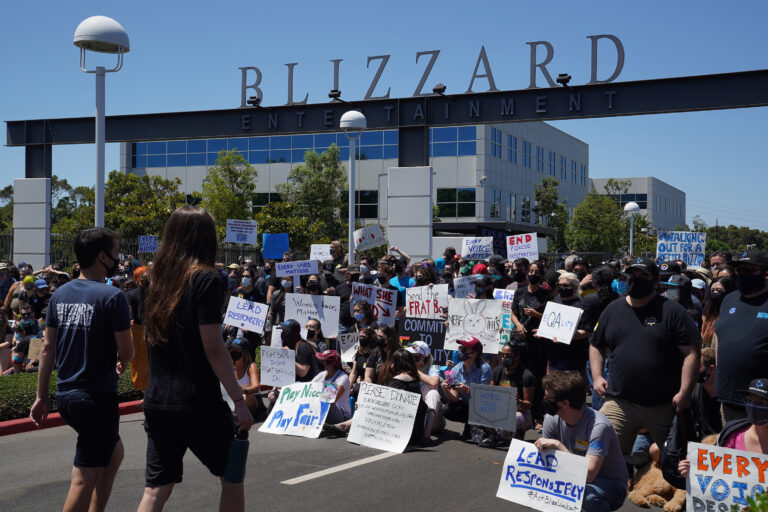 Activision Blizzard comes under the critical eye once again as its HR personnel stands accused of shredding evidence.

Activision Blizzard, the gaming company activated a stream of piercing criticisms directed at it following the lawsuit filed by the California state in July for allowing the growth of a “frat boy” culture. It also brought to light the sexual harassment and discrimination directed at women and the unsafe working environment created by the same. People were also enraged by the indifferent attitude of the authorities who failed miserably in taking the right action in response to these. Not so long ago, Twitter had been filled with fury and criticism at Activision Blizzard for working on an unethical base despite being popular in the field. It also opened another can of worms of the general working atmosphere offered to women in the gaming field. And now, once again Activision is under scrutiny as people express outrage at the HR personnel who stand accused of destroying significant evidence that would have been crucial to the investigation. Seems like they are in for yet another blizzard of rage and no wizard can calm it down unless they own it up and come clean. Otherwise, Twitter will have another raging topic to discuss. 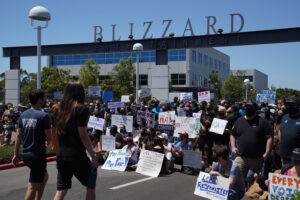 The disturbing stories that surfaced following the lawsuit had already put the company under a dark shadow. Although the company slowly began to address the issues, probably due to pressure, the latest allegation has once again brought it back to square one. Seems like the legal battle is toughening and it will not be a cakewalk for the company. After all, destroying evidence is the last thing they need to be accused of at this point and yet, here we are. Another reason for the fierce criticism is the string of non-disclosure agreements that put a bridle on the employees from openly acknowledging the issues. Let us not forget that Activision even added fuel to the fire by bringing in WilmerHale for the investigation. Seems like all the steps they took following the lawsuit were in the wrong direction.

Twitter users were already in fury following the news of the lawsuit. And now it has touched a tick-off point. While some are expressing anger, others have reached a point where they are not even surprised at it, particularly after all the horrible details that surfaced following the lawsuit. Seems like there is a saturation point for shock and surprise as well. Let us take a look.

Well, to be surprised, we need something new and shocking. This is the same old story.

Activision Blizzard's HR department shredded evidence of abuse. I'm not even surprised at this point pic.twitter.com/dzOnO4J1Ae

Apology statements are not going to work anymore.

Yeah, nothing's going to change at ActivisionBlizzard.
Nothing, no matter how many "apology statements" they release with promises.

When it comes to matters like these, some people have selective amnesia.

We cannot let Activision Blizzard and consumers forget about this. Ever. https://t.co/LAvzek9Xqs

Activision-Blizzard: "We will be an example for the industry going forward."

The example: How to destroy evidence.

They have given enough reason to simultaneously remember and not remember them.

Remember! If anything crash spyro related happens! Activision Blizzard is a shit ass megacorporation!!! Enjoy the work of their employees, but please don't let their mistreatment be forgotten!!!

Just when you think Activision Blizzard couldn’t get any more worse. pic.twitter.com/QGuvsFX6aC

Guess they are exploring the superlative degrees of ‘bad’ and even adding their own varieties to it.

Activision Blizzard hired Amazon’s union busting lawyers to interfere with CA’s investigation of the company. Jesus Christ every time I read about this company it gets worse and worse. https://t.co/l6ztDj94u9

Inside or outside, there is a fire raging.

Now that is going to be a very long search.

Activision Blizzard searching for their own credibility. pic.twitter.com/VFZz5wwYov