Gamjng giant Activision Blizzard is at loggerheads with its employees, who recently staged a walkout over the company’s dismal handling of that sexual harassment allegations that its female staff have slammed against their tech counterparts. While CEO Bobby Kotick says that the firm will do everything in its power to create an “inclusive workplace,” news has it that Activision Blizzard has hired the help of union busting law firm WilmerHale. The announcement was made by the company through a public statement addressed to its staff.

The group is currently also working in collaboration with Amazon, so as to keep its employees from forming unions. And now, it seems that it is only reasonable to be concerned about what this new partnership could hold for the staff at Blizzard, who have been resorting to a number of ways to show their solidarity with the affected female employees.

For some background, WilmerHale is a reputed and prestigious law firm, which is actually a combination of two separate subsidiaries, namely Boston’s Hale and Dorr, which merged with each other back in 2004. The group has a distinct reputation for busting unions, something which could be problematic in the current situation (for one party at least).

Blizzard has been under fire after it was sued by the State of California for promoting a sexist work environment which is detrimental to the well-being of women. Female staff have come forward with multiple disturbing accusations about sexual harassment, from inappropriate comments to unwanted physical touches.

Following this, staff took to staging a walkout at the company’s campus in Irvine. They were virtually joined by employees who could not join the walkout in person, as they trended the hashtag #ActiBlizzWalkout. Even gamers and customers of the game publisher, which is home to well-known labels like Call of Duty, said that they won’t be logging into any Blizzard products during the walkout, as a way to show solidarity with the employees’ efforts. 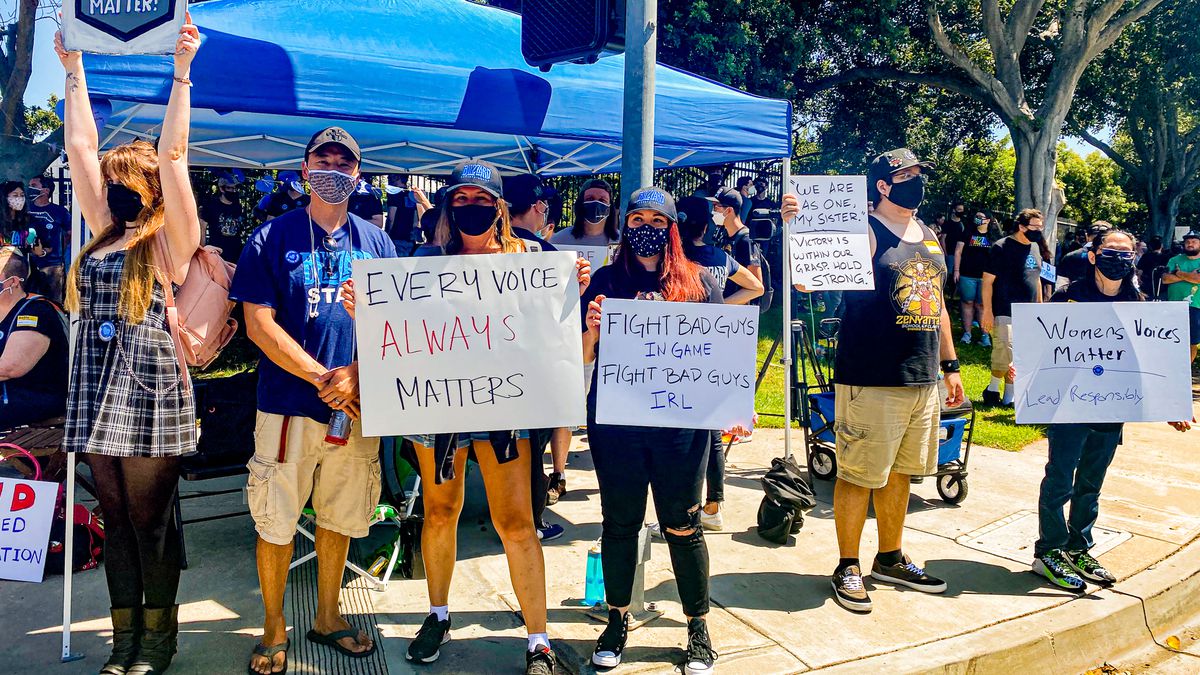 Now however, the apparent deal between Activision Blizzard and WilmerHale might make it harder for people to unionize against the company’s abysmal stance on the matter. As such, the employees have issued a response to this development, listing a couple of issues that they feel are still “unaddressed.” At the same time, however, they have not listed WilmerHale in their response. Still, its issues run the gamut from pay transparency to a third-party auditing of human resources, as well as other processes in the firm.

All in all, one can only hope that Activision Blizzard hiring a union busting firm won’t stop the real issue fo sexual harassment at the workplace, from being addressed.