AMC CEO Adam Aron announced today that the theatre chain is looking into accepting Shiba Inu alongside other cryptocurrencies such as Bitcoin and Dogecoin. AMC is also reportedly working on its own cryptocurrency, which would solidify the company’s position as the king of meme stocks.

AMC to start accepting Shibu Inu with other cryptocurrencies 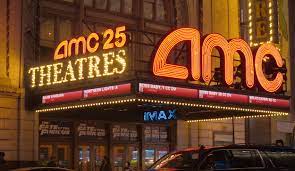 It’s not unexpected that AMC is toying with the concept of accepting (another) meme currency in return for actual goods and services. Meme stock Reddit traders effectively saved AMC midway during the epidemic, and Aron has been leaning heavily into the company’s relationship with these shareholders ever since. Now, AMC to start accepting Shibu Inu with other cryptocurrencies.

Hearing about AMC’s crypto ambitions is not only expected but nearly guaranteed during the company’s shareholder meetings. Last month, Aron asked his Twitter followers whether the company should increase the list of approved cryptocurrencies for BitPay purchases of AMC gift cards.

Aron stated at the time that the company’s “IT group is building code so that soon we may take online payments in Bitcoin, Ethereum, Litecoin, and Dogecoin among others,” and asked if Shiba Inu, a meme coin reaction to Dogecoin, should be added to the list of acceptable currencies.

Aron said during the company’s annual shareholders meeting this week that AMC is on track to reach its goal of accepting Bitcoin for items like concessions by the end of the year. Aron went on to say that AMC is now looking into ways to improve how it accepts cryptocurrency, including maybe launching its own and working with cinemas to sell NFTs for major movie premieres.

“I can confirm today that we have been exploring with third parties over the past few months both how we can accept cryptocurrency and if it is feasible for AMC to consider even launching our own cryptocurrency,” Aron said. “Similarly, I can confirm to you today that we are now in conversation with multiple major Hollywood studios about the concept of joint venturing commemorative NFTs related to major film titles that show in our theaters,” he added.

Some of these discussions are “preliminary in nature,” according to Aron, who added that regulatory concerns could influence the company’s objectives. When asked about Shiba Inu’s aspirations to join the cryptocurrency fold, the AMC CEO didn’t waste any time in revealing he’s listening to shareholders.

Some of these discussions are “preliminary in nature,” according to Aron, who added that regulatory concerns could influence the company’s objectives. When asked about Shiba Inu’s aspirations to join the cryptocurrency fold, the AMC CEO didn’t waste any time in revealing he’s listening to shareholders.

Before the end of the year, the company plans to accept Bitcoin, Ethereum, Litecoin, and Bitcoin Cash. By the first quarter of next year, Aron expects the company will be able to accept Dogecoin. Meanwhile, Shiba Inu is “next on our cryptocurrency hit parade.”

Also read: Robinhood says a hacker who tried to extort the company got access to data for 7 million customers