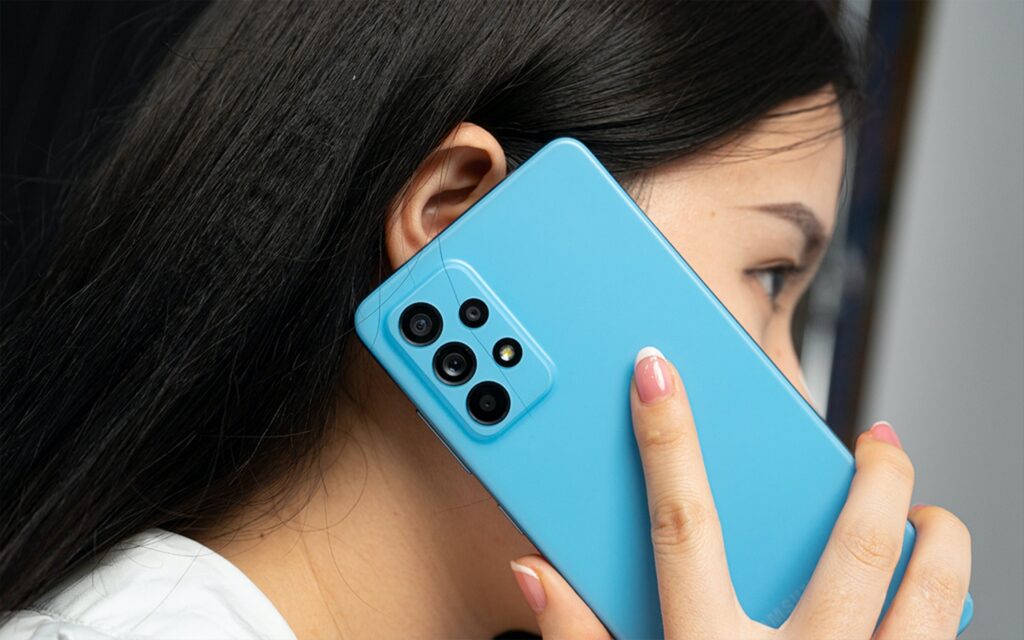 Samsung is preparing to unveil the Galaxy A53 5G, the successor to the Galaxy A52. Samsung hasn’t said anything about the debut yet.

If speculations are to be believed, the phone will be released early next year. Renders of the smartphone illustrate its design in the most recent development.

Digit (in collaboration with famous source OnLeaks) has released renderings of the Samsung Galaxy A53 5G, revealing its design in full splendor ahead of the formal unveiling.

The design of the next Samsung Galaxy A53 5G is identical to that of the Galaxy A52; however, the rear panel has a flat design with no curves around the edges.

It will have a rectangular module at the back that will hold a quad-camera configuration as well as an LED flash. At the time, the resolution of the camera sensors is unclear. However, it is believed to include a main camera with 64MP or 48MP resolution, an ultrawide sensor, and a macro shooter.

The front-facing camera sensor will be housed in a punch-hole cutout on the Galaxy A53 5G. At the bottom edge, you can see the USB Type-C connector and the speaker grille. However, it appears that the gadget will not include a 3.5mm headphone connector.

What more to expect from Samsung Galaxy A53 5G

The phone is expected to include OIS functionality. Since the previous rumor, the firm is apparently intending to begin delivering the Optical Image Stabilization (OIS) technology for all mid-range Galaxy A series devices starting next year.

Other aspects of the gadget, such as the display, battery, and processor, are yet unknown. We will keep you informed if more information on the Samsung Galaxy A53 5G becomes available.

The Galaxy A52s 5G is the latest handset from the South Korean tech giant, which was released in the nation in September.

The Galaxy A52s 5G has a 64MP quad back camera configuration, an IP67 certification design, a 120Hz display, and other features. The SD778G chipset and a 4,500 mAh battery pack power it. In addition, the Galaxy A52s supports 12 5G bands.