According to a few sources, the entire telecom industry has been taken aback, as the Adani Group have placed an official bid for the 5G spectrum auction. 8th of July, was the final day for firms to place their official application for the spectrum auction in a round that is set to open up on the 26th of July, Tuesday.

The trio of the largest telecom companies of the country have apparently all put in their papers to take part in the round. The trio of companies being, Reliance owned Jio, Bharti Airtel, and Vodafone India. 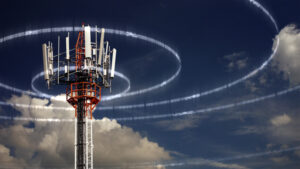 Spectrum has a whole host of uses, but it all depends on type of licenses that the companies apply for. However, we are still unsure if the Adani Group plans to enter the telecom industry in the country or if they plan to use the technology to set up their own private network for data use, which has been given the green light by the government of the country.

The center has given the green light for private companies and group to set up their own private network by taking up the technology and infrastructure on lease from telecom companies in the country or by drafting an approved turnkey contract to do the same.

However, the government has only given an in-principal approval, and they will take a lot of things into consideration and see how the demand pattern works with this and then work alongside with the Telecom Regulatory Authority, an agency under the Indian government, before setting the official rules and regulations. The government themselves have decided to take things slow and come up with the right decisions as it is a new and scalable technology that is still in the early stages in the country.

Many sources have however stated that the center have not said anything about companies taking part in the auction and purchasing the spectrum and then use it for themselves. The firm has to choose what kind of license they will be going for to capitalise on the varied applications it possesses.

The Group can also get their unified license from the government which means that once they acquire the technology for the spectrum, they can enter the telecom industry and start giving out their own services, such as calls, SMS, data, and roaming. However, it is still unclear as to what exactly the company’s intentions are.