Technology is deeply affecting our daily lives in a drastic way. A lot of innovation is happening in the area television and video viewing with a number of companies working towards making the viewing experience an engaging one for the viewers. Adbreaks.in is one such company working in the area of machine learning to help you track the Ad-break status of popular Indian TV Channels.

[box type=”shadow” align=”aligncenter” class=”” width=”600″]Adbreaks.in uses Machine Learning to build a large database of Ads, and tags TV channels showing Ads in real time.Keep Adbreaks.in open when you are watching TV. When you’d like to switch channels, Adbreaks.in will tell you what channels are running ads helping you avoid the annoyance that comes with switching to an ad.Adbreaks is tracking about 50 top channels right now, and are scaling out fast.[/box]

Television advertisements are the most effective way to reach customers even today. An interesting television advertising campaign can do wonders for a brand. Ads also remain the most important source of income for TV channels.Higher TRPs command better  price for channels, and better price for their ads. Having only ads lowers their TRP. So TV channels are always trying to create a balance between showing engaging content to the viewers and ad breaks.
Research has shown that people stick to channels longer if they find content (as against an ad) at the time of their channel switch. With AdBreaks.in users can jump to channels where they will spend more time. The company’s aim with Adbreaks is to help reduce bounce rate for channels, ensure higher stickiness, and eventually better TRPs for channels.

During their research, team Adbreaks observed that most people hated seeing repetitive ads on television and were looking for ways to land into a channel that was showing content (and not an ad), and wanted to be notified when their favorite channel returns from an ad break.

This was a hard problem to solve for the team, and it took them about 5 months of machine learning research to solve it. Adbreaks works  by identifying television ads through some peculiar qualities. They are short, heavy on audio, tend to repeat a lot, and often occur in bursts. They put a system together to make it work on 50 top channels, and are scaling it to cover most of Indian channels.

Ultimately, the company wants mobile to extend the TV’s experience and make every player in the ecosystem win. The company is currently working on their Android App called Sensy. 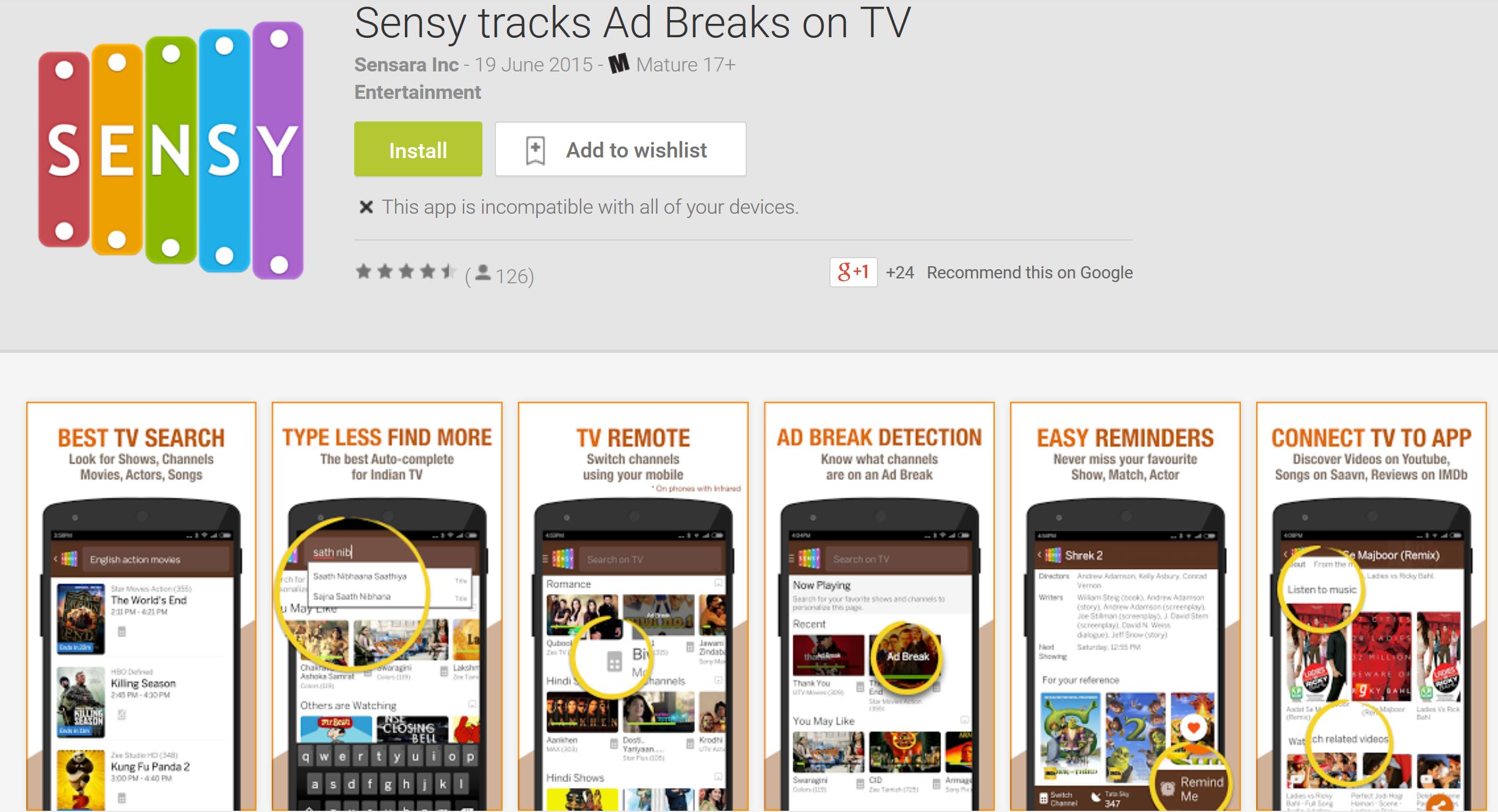 Adbreaks is owned by Sensara, a television startup out of Bengaluru, India. Sensara is a team of 10experts in the field of Information Retrieval, Software Systems & Product Design to build high-quality products to improve TV watching experience in India.

AdBreaks.in is newly launched has more than 1000 users a day using their system. The company is currently actively working on scaling out AdBreaks.in to more channels, integrating it into their Android App  – Sensy and launching the app to provide users a superior and well-rounded TV watching experience.