AFL announced its first venture into the digital asset industry. NFT was the chosen one by AFL. As soon as the NFT was put for sale, there was a huge demand for the NFT which actually resulted in the sellout of the  NFT in just 12 hours after its announcement.

We are happy to announce the AFL Mint AllowList sold out in under 12 hours.

A huge thank you to our community who has participated, followed along and backed this project!

Stay tuned for the next drop! pic.twitter.com/CopyL62DFW

According to the tweet, AFL Mint Ripper Skipper got sold out and the league was ecstatic to announce the news. They went on to thank the community and also made it clear that this was not the only one.

The packs came with a retail price of around 35 USDC each, and the entire project accumulated around $130K in USDC

According to AFL Mint, it has future ambitions to develop a metaverse that will provide users with access to player meet-and-greets, events, and game day tickets. NFTs are digital certificates that show ownership of a digital or physical property, typically an artwork, and are stored on the blockchain. 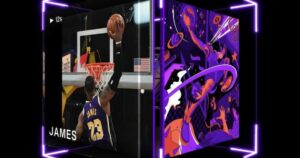 Every single day, we hear NFT being adopted by a sporting league and used for engaging more fans of the sports. Recently we learnt how NFL used NFT to gain more traction and fans. AFL is also following similar footsteps.

Recently it was also heard that, the UFC created UFC Strike in February of this year, the NBA launched NBA Top Shot in 2020 to positive reviews.

According to me, the growth of NFT is heartening to see. I believe that, the collaboration of sports and NFT is great for both the industries. While the sporting industry is benefited more technologically, the NFT industry has more investors coming in who follow the sport. So it’s a win-win situation in the current scenario.